The field of digital image processing is built on the foundation of mathematical and probabilistic formulation, but human intuition and analysis play the main role to make the selection between various techniques, and the choice or selection is basically made on subjective, visual judgments.

In human visual perception, the eyes act as the sensor or camera, neurons act as the connecting cable and the brain acts as the processor.

The basic elements of visual perceptions are: 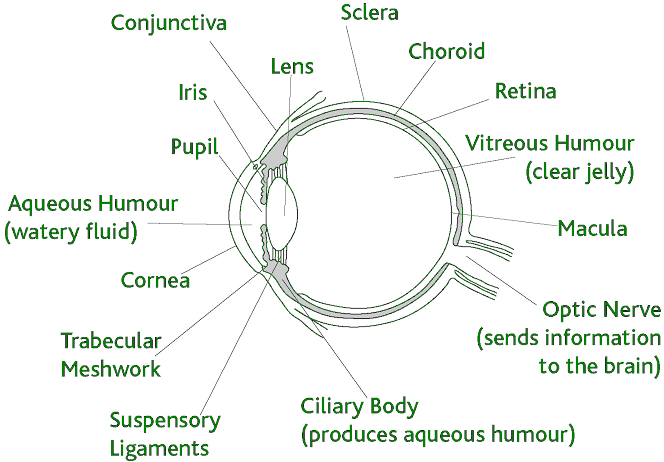 The human eye is a slightly asymmetrical sphere with an average diameter of the length of 20mm to 25mm. It has a volume of about 6.5cc. The eye is just like a camera. The external object is seen as the camera take the picture of any object. Light enters the eye through a small hole called the pupil, a black looking aperture having the quality of contraction of eye when exposed to bright light and is focused on the retina which is like a camera film.

The lens, iris, and cornea are nourished by clear fluid, know as anterior chamber. The fluid flows from ciliary body to the pupil and is absorbed through the channels in the angle of the anterior chamber. The delicate balance of aqueous production and absorption controls pressure within the eye.

Cones in eye number between 6 to 7 million which are highly sensitive to colors. Human visualizes the colored image in daylight due to these cones. The cone vision is also called as photopic or bright-light vision.

Rods in the eye are much larger between 75 to 150 million and are distributed over the retinal surface. Rods are not involved in the color vision and are sensitive to low levels of illumination.

The distance between the lens and the retina is about 17mm and the focal length is approximately 14mm to 17mm.

Brightness Adaptation and Discrimination:
Digital images are displayed as a discrete set of intensities. The eyes ability to discriminate black and white at different intensity levels is an important consideration in presenting image processing result. 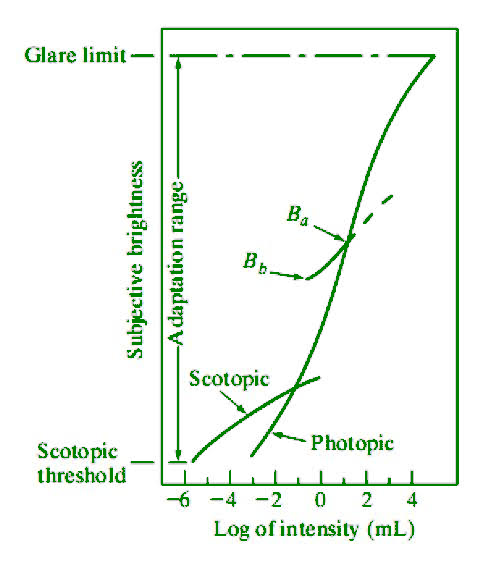 The range of light intensity levels to which the human visual system can adapt is of the order of 1010 from the scotopic threshold to the glare limit. In a photopic vision, the range is about 106.