A flag is a flip-flop that controls certain EU activities or signals a situation carried on by the execution of an instruction. Thirteen flags are present in the EFLAG register. EFLAGS, a 32-bit register, operates as the flags register. FLAGS is the name given to the low-order 16 bits of EFLAGS and can be treated as a unit. This feature is useful for running 8086 and 80286 programs because this component of EFLAGS is similar to the FLAGS register of the 8086 and the 80286.

These flags can be categorized into three different groups. 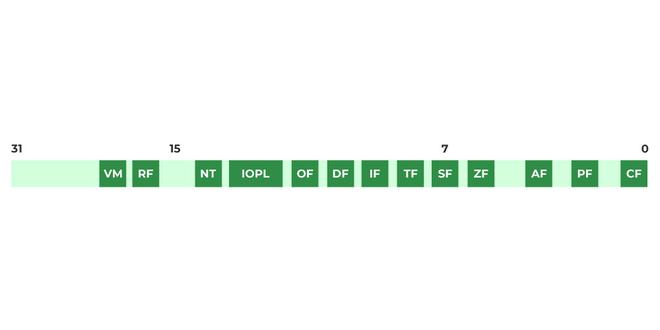