To find edges, you can use the in-built edge function edge(image, Edge detector) of Matlab. This in-built function looks for places in the image where the intensity changes rapidly, using one of these two criteria:

Edge detectors provide several derivative estimators, each of which implements one of the above stated definitions. For some of these estimators, you can specify whether the operation should be sensitive to vertical edges, horizontal edges, or both. Edge estimators return a binary image containing 1’s where edges are found and 0’s elsewhere.

The most powerful edge-detection technique that edge provides is the Canny method. The Canny method differs from the other edge-detection methods in that it uses two different types of thresholds levels to detect strong and weak edges. The Canny edge detection method includes the weak edges in the output only if they are connected to strong edges. This method is, therefore, less likely to be affected by noise, and more likely to detect true weak edges.

There are many Edge detection in-built functions are available in Matlab like: 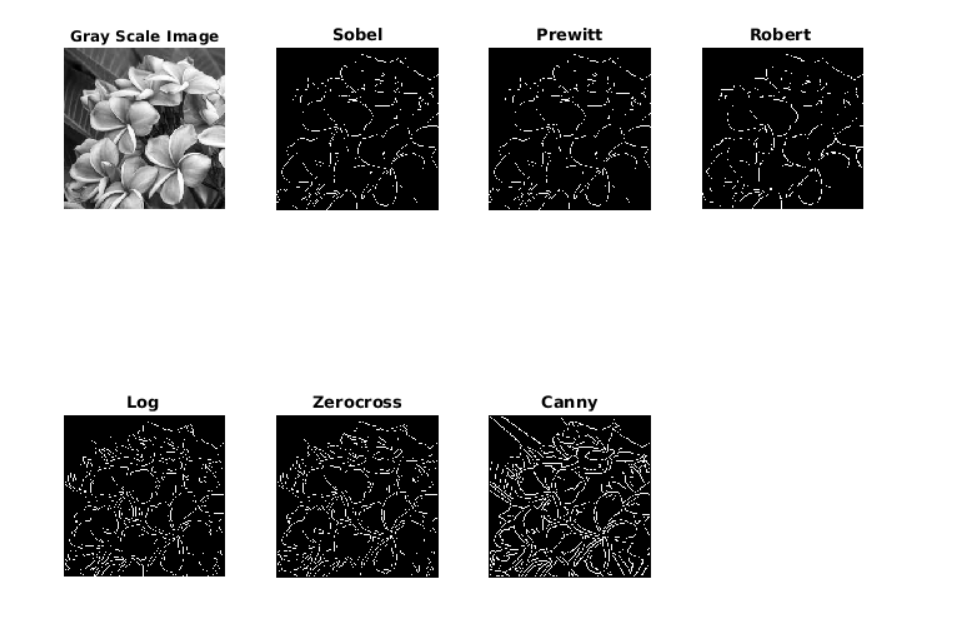