eDEX-UI is a fullscreen window, cross-platform terminal emulator, and system monitor which looks and feels like a sci-fi computer interface.

Go to your search engine and search for eDEX-UI on Github and then download the binary file according to your OS. 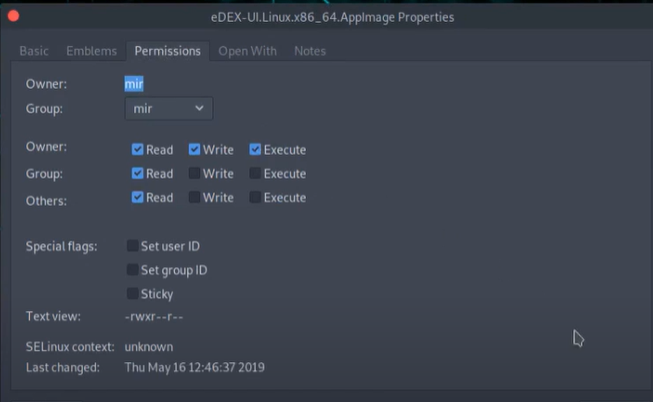 Double click on the file and click on yes when asked to integrate eDEX-UI with your system. 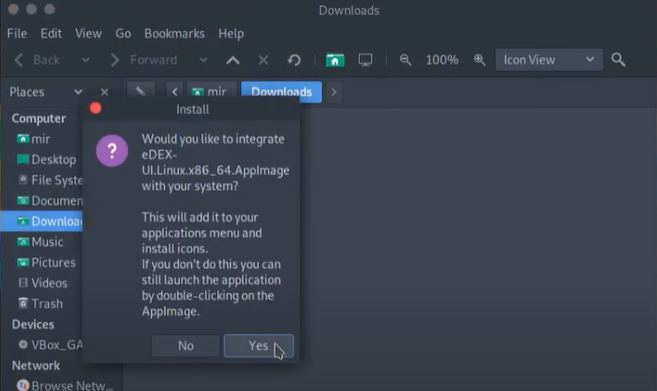 In the image shown below, we can see that eDEX-UI is up and running.

In the top-left corner, we can see the time. Below it there is the CPU usage. The bottom-left corner shows the file system, whereas the top-right shows the network status. 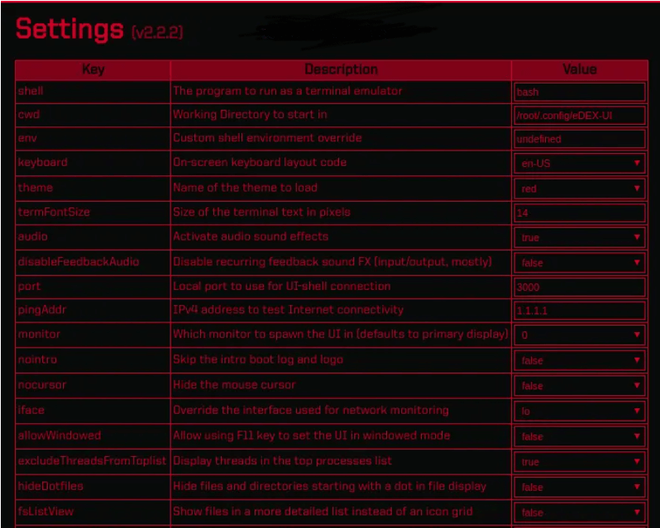 eDEX-UI comes with its own screen keyboard which creates flexibility for users with touch-screen devices. By default, the installed and active keyboard is QWERTY, but one can still modify it to meet one’s requirements. The layout is arranged systematically by default in rows and each row contains an array of keys which will be parsed in order by keyboard.class.js, i.e. from left to right. 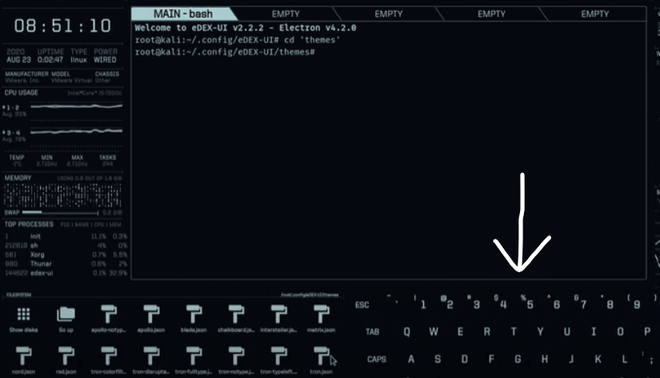 One can customize it according to one’s needs or requirements.

To change theme, go to the theme folder of eDEX-UI. 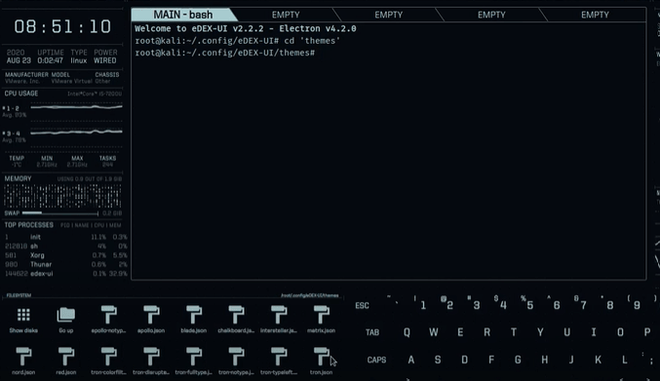 Then select the theme you want from the bottom-left corner and click on it. Let’s select the red one. 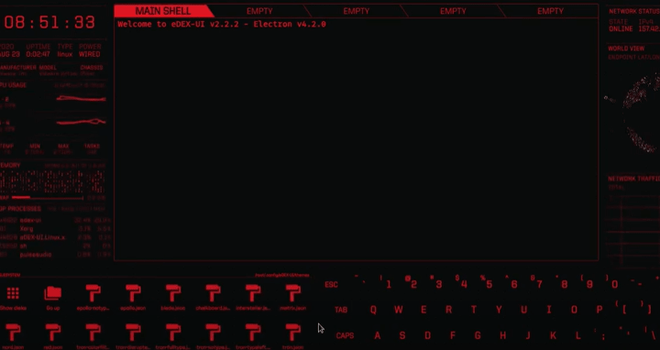 The Matrix theme eDIX-UI is shown below. 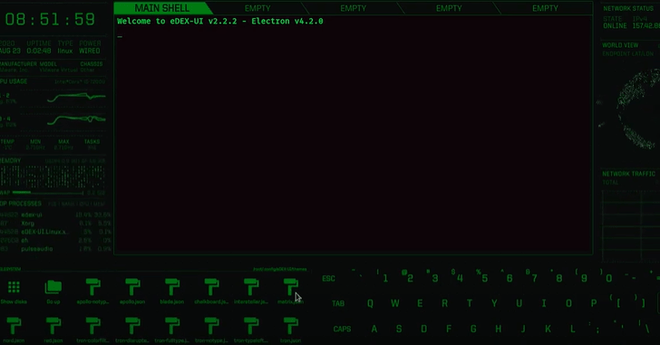 Tron theme eDIX-UI is shown below. 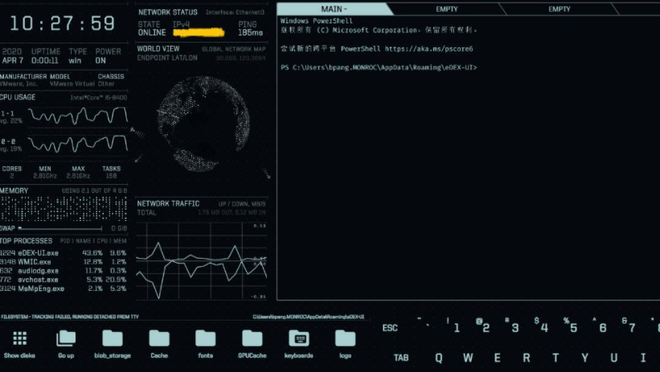 We can access the file system from the bottom-left as shown in the image below. 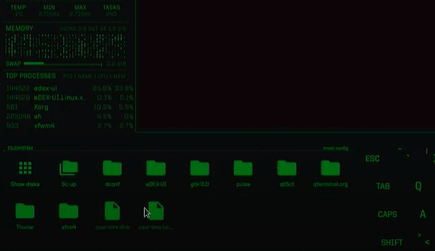 Then, go to modify themes to customize your themes.

Below are some of the keyboard shortcuts which one can use to quickly access things.