Everywhere on earth, there are a variety of living things. The earth’s warm, humid regions are home to a wide variety of species, earning them the moniker region of enormous biodiversity. And over 50% of the world’s biodiversity is found in just 12 countries. Another among them is India.

Each person has a distinct DNA configuration. Human beings differ from one another in terms of how we appear and the various factors that influence it, including our length, complexion, and so forth. If we were to contrast ourselves with another species, such as a horse or a fish, we might undoubtedly differ considerably in practically every way, but if we did so, we would only be able to identify a few differences. 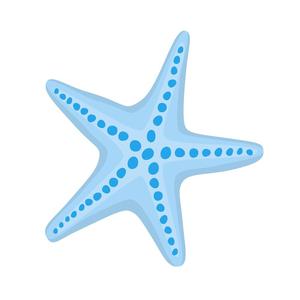 Echinoderm is a phylum of creatures that only includes marine life. There have been no signs like any land or water would be fresh echinoderms up to this point. These organisms are multicellular and have highly developed organ systems. The traits and traits of all the species in this phylum are the same. They are colorful creatures with distinctive forms. They are crucial both geologically and biologically. Both the intertidal zones and the seafloor are home to echinoderms. The fact that every member of  Echinodermata is a marine organism is an intriguing aspect of this phylum. Both freshwater and marine organisms are not present.

In echinoderms, a vascular system which would be water Is responsible for gaseous exchange, nutrient circulation, and waste removal.

Question 1: What is the use of calcareous ossicles?

These are present in the Asteroidea.Small calcareous components known as ossicles are lodged in the skin of an  body wall of echinoderms.  They would play an essential role in protection and strength as a component of the endoskeleton.

Question 2: What are the adaptations of crinoidea?

Live comatulid  crinoidea would have capacity to autotomize and rejuvenate their viscera. Some subgroups of surviving crinoids, such as isocrinids and comatulids, have unique structural articulations that permit the shedding and regeneration of their arms and stems.

Question 3: How do echinoderms breathe?

Question 4: What would echinoderms use to make up skeleton?

The very improved performance with which echinoderms use calcium carbonate which would  allows them to use the least amount of resources while yet meeting the volume and toughness demands of a good skeleton.

Question 5: How would echinoderms use to move or grip?

A network of water-filled channels radiating off of a canal which is ring  that surrounds the gut is the water-vascular system shared by all echinoderms. The echinoderm can walk, hold the substrate, or handle items with the help of sucker-like extensions called tube feet, which emerge from the canals.

Question 6: What is meant by Aristotle’s lantern?

Aristotle’s Lantern is the name for the complex mouth mechanism that sea urchins have on the bottom of their body. This muscular framework comprises of a strong set of jaws and 5 pointed structures that resemble teeth and may work in different directions.