Earthworms, otherwise called rancher’s companion (farmer’s friend) the physical structure contains a place with Annelida phylum. Their home is soil and food is a natural matter. Varieties of the organic entity found in India are Pheretima and lumbricus. They’re rosy brown in variety and their body is in a state of an extended chamber. Nightcrawlers have ring-like fragmented body/metamers that’s their body is isolated into little sections. 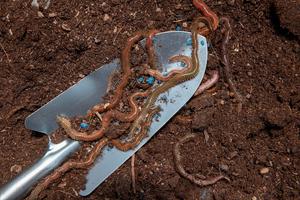 Kingdom-Animalia: Nightcrawlers are eukaryotic (cells have cores), multicellular living beings. They’ll move and depend on dead plant materials and microorganisms for food.

Phylum-Annelida: Nightcrawlers have a part with the phylum which contains divided worms. The fragments of the worm’s body, called annuli, are isolated by cross-over separating dividers known as septa. They have numerous slide actions, with those having a part with animal types having organs in the same portions. In certain sorts of annelids, septa are less characterized or even missing.

Class- Clitellata: Worms have a clitellum, a kind of collar that secretes clitella or covers during propagation. The highest of the worm may be a smaller amount evolved than other annelid species.

Order- Haplotaxida: The normal worm is assessed under Haplotaxida, which is one in every one of the two sets of Oligochaeta.

Family: Lumbricidae The normal night crawler encompasses an area with Lumbricidae, which is one of the foremost important families. Around 33 varieties of worms are recognized under this family.

Genus and Species: The family is for the foremost part acknowledged to be Lumbricus. There are around 4,400 unique forms of worms. You must have the selection to figure out more specific worm’s scientific categorization by limiting it down in light of district and natural surroundings. Neighborhood field guides and natural texts are a serious asset to tracking down the precise scientific categorization of a given worm.

The outer collection of the night crawlers is covered by a thick layer that is non-cellular in nature. This membrane is known as a cuticle. Beneath, the external defensive membrane, there is a layer of the epidermis, beneath that there are two strong layers and afterwards is the deepest layer which is the coelomic epithelium which further comprises a solitary film of glandular columnar epithelium.

Assimilation is a bit-by-bit process as the food passes by every organ after going into the nutritious trench. Solid gizzards go about as processors and mix the dirt particles and other food matter.

Hearts located in sections 12th and 13th are available on dorsal and oesophageal vessels; horizontal oesophageal hearts. The hearts in fragments 7th and 9th are horizontal hearts. Circle-like vessels situated in the 10th and 11th sections are front circles. They have valves. Blood organs are situated in the 4th, 5th, and 6th sections over the pharyngeal mass and are red in variety. These organs make hemoglobin and blood corpuscles.

There is no separate system is seen in earthworms for respiration as in humans. Gaseous exchange happens through the moist body surface of the organism, and this is often referred to as the strategy of diffusion.

The excretory framework eliminates squander from the body and in worms, this framework comprises nephridia.
Nephridia are curled cylindrical designs which are situated on the sections of the organic structure. On the premise of their area on the section, there are three forms of nephridia-

All the styles of nephridia share comparable construction. A bit channel-formed structure is related to nephridia. The capacity of this construction is to ship squander liquids, which are additionally taken out by stomach-related tubes. 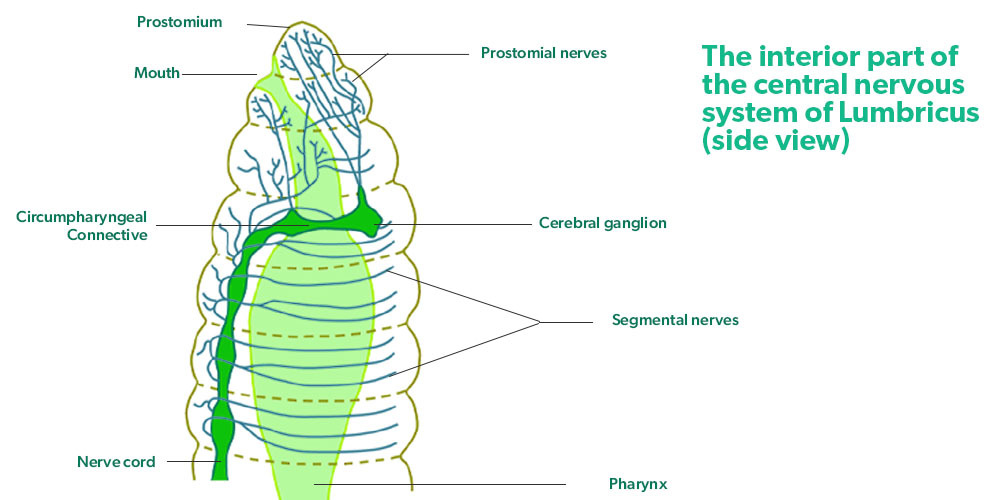 The nervous system is the regulator of the entire body. A large range of brain reactions (strong and tangible input) are constrained by ganglion cells. These cells are the groups of mass cells. These cells are too organized in portions. They’re gotten along with nerve lines (which are arranged in portion 3 and 4) for the acceptable working of each one of the brain exercises. Nerve ropes branches and covers the pharynx and join focal ganglion cells within the front part, which makes tangible results and orders strong reactions inside the creature’s body. The focal sensory system of the worm is taken into account under two heads. 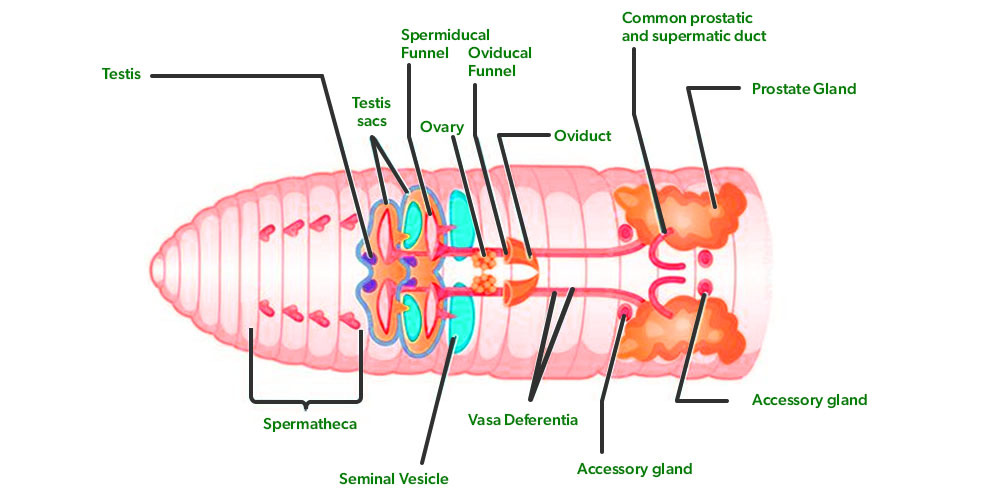 Since worms are bisexuals, they need both sex organs male and feminine in one body. On the off chance that we discuss male sex organs, earthworms have

During the hour of sex/lovemaking, two life forms trade their sperms. At that time sperm, eggs, and nutritive liquid gets stored in an organ called a cocoon which is subsequently gathered within the ruin. There’s no hatchling found in their proliferation, direct worms are framed

Significance of Earthworm to Mankind

As we certainly understand that there are different names by which worms are known, farmer’s buddy/climate engineers. It’s so an aftereffect of the different normal, substance, and physiological changes they pass on to indulge profile.

Question 1: Which elements and organs of the stomach-related arrangement of worms are connected with their eating routine?

Nightcrawlers eat decaying natural material and tiny organic entities ingested together with soil particles. The digestive system of worms has unique designs, including a robust divider and a gizzard, which grind up the food and scratch it against the ingested soil particles. Since annelid processing is barely extracellular, toward the finish of their stomach related framework, nightcrawlers likewise contain designs just like the cecum and therefore the typhlosole, which has the capacity of expanding the retention surface of the system digestorium.

Question 2: What is the clitellum of worms and where it’s found?

The clitellum is an exceptional region of the annelid comprised of rings (metameres) with a regenerative capacity. It fine is also found within the front a part of the creature and is recognized by a lighter tone in contrast with the standard shade of various sections.

Question 3: What is the environmental job of nightcrawlers (Earthworms)?

Nightcrawlers play a major natural part, as they eat disintegrating natural material. They additionally dig burrows within the earth, permitting the entry of gases and supplements that are helpful for plant roots and other living organic entities. Accordingly, they assume the part as decomposers and manures.

Question 4: How do earthworms reproduce?

Nightcrawlers are androgynous, which means that a solitary worm has both male and female regenerative organs. The male regenerative organ is situated on the fifteenth portion of the worm and so the feminine conceptive organ is on the clitellum. Worms imitate by lying near one another head to tail and adjusting their male pores to clitellum. a pair of designs of nightcrawlers can recreate without tracking down a mate, and the populaces of these worms can develop extremely quickly. Different worm species have their clitellum on various portions which suggests that main nightcrawlers of comparable species can adjust their regenerative organs. within the wake of imitating, juvenile worms are delivered in “cases”, which are strong containers that hold the nightcrawlers until they’re prepared to evoke. Whenever conditions are correct, these cases open, and youthful night crawlers start to want care of and develop.

Question 5: Which kind of nervous system is available in the worm?