The company came for campus hiring for ECE and CSE in 2020 for 2 job roles which are PES and ASIC in Ahmedabad. The experience can be divided into 4 stages:

The written test was on the first day and the 3 interviews took place on the same day. Each round was an elimination round.

Written Test: Consisted of MCQs from digital electronics, analog, C/C++, and aptitude sections. You need to be good at the fundamentals of the subjects as well as fast in solving the questions.

Technical Interview 1: Questions were asked on the basis of the resume and general syllabus question on digital circuits and network analysis, CMOS, Analog electronics. The interviewer asked me about 5 favorite subjects of mine and asked the books I referred and their authors. Also, questions from those subjects were asked. Puzzles were asked which you can refer from the common websites. The interview lasted for about 1 hour.

Technical Interview 2: I went for the PES job profile. It began with the generic question, “Tell me about yourself”. Then he asked me questions about the project I was currently working on. Further, the questions were about embedded electronics, C / C++. Questions on networking protocols and routing were asked. The interviewer asked me to code by sharing the screen(It was a virtual interview). He shared his screen and asked the output of a few C questions based on macros. At last 1 puzzle was asked which was quite simple if you are good at it. The interview lasted around 1 hour 15 mins.

HR Interview: Finally, it was quite simple and more like a conversation rather than an interview. The interviewer basically wanted to know me as a person and the personality traits as well as judged the logical thinking. It lasted around 30-40 mins.

The experience was pretty good as well as hectic. Around 14 students were selected(I was one of them) for the roles :D.

This article was contributed by Khushi Jain. 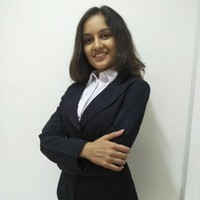