Note that this program will not run in the online compiler as it includes opening a file and writing on it. 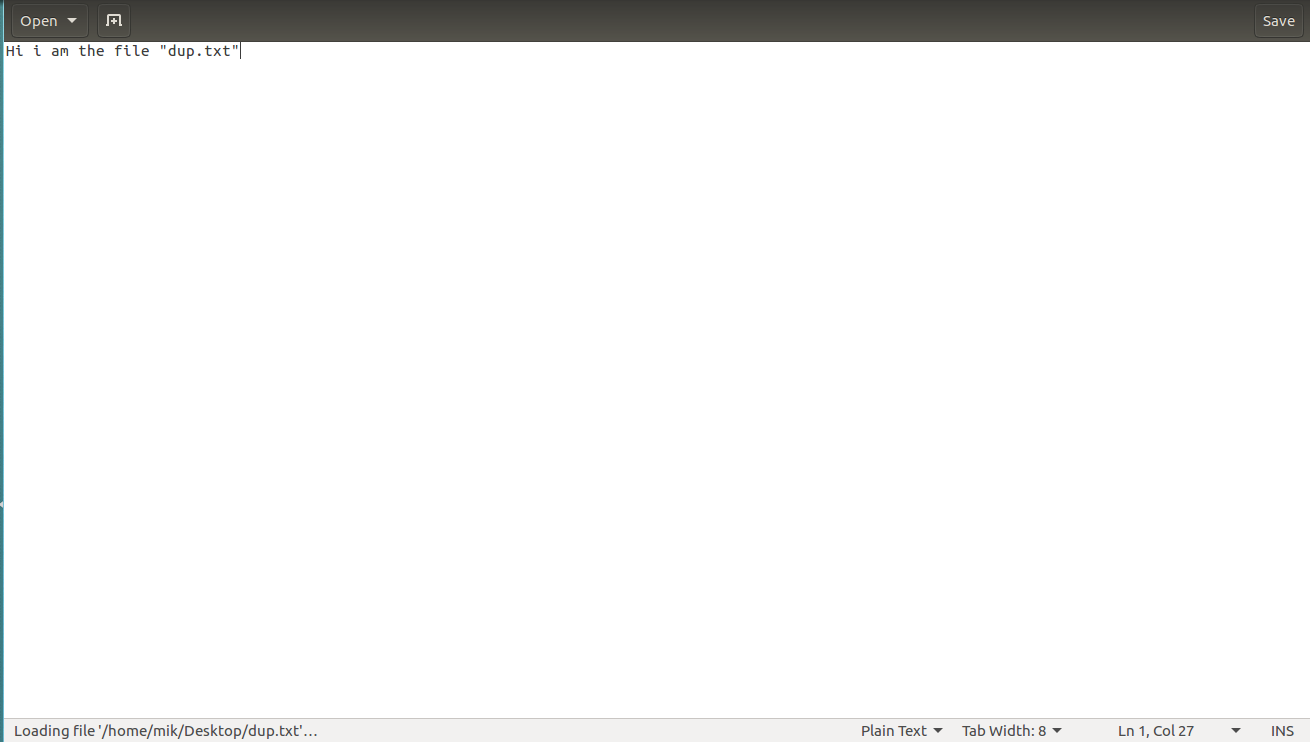 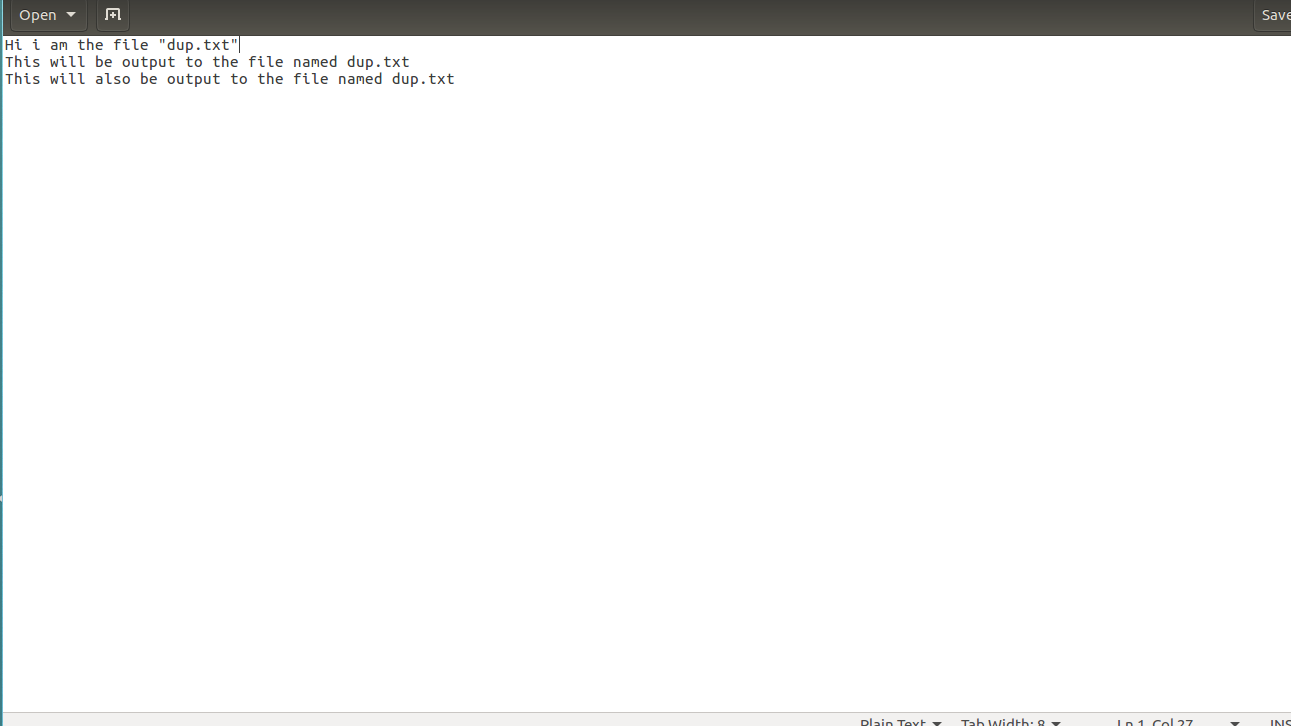 This can be seen in the figure shown below:
Let The file “tricky.txt” before the dup2() operation be as shown below: 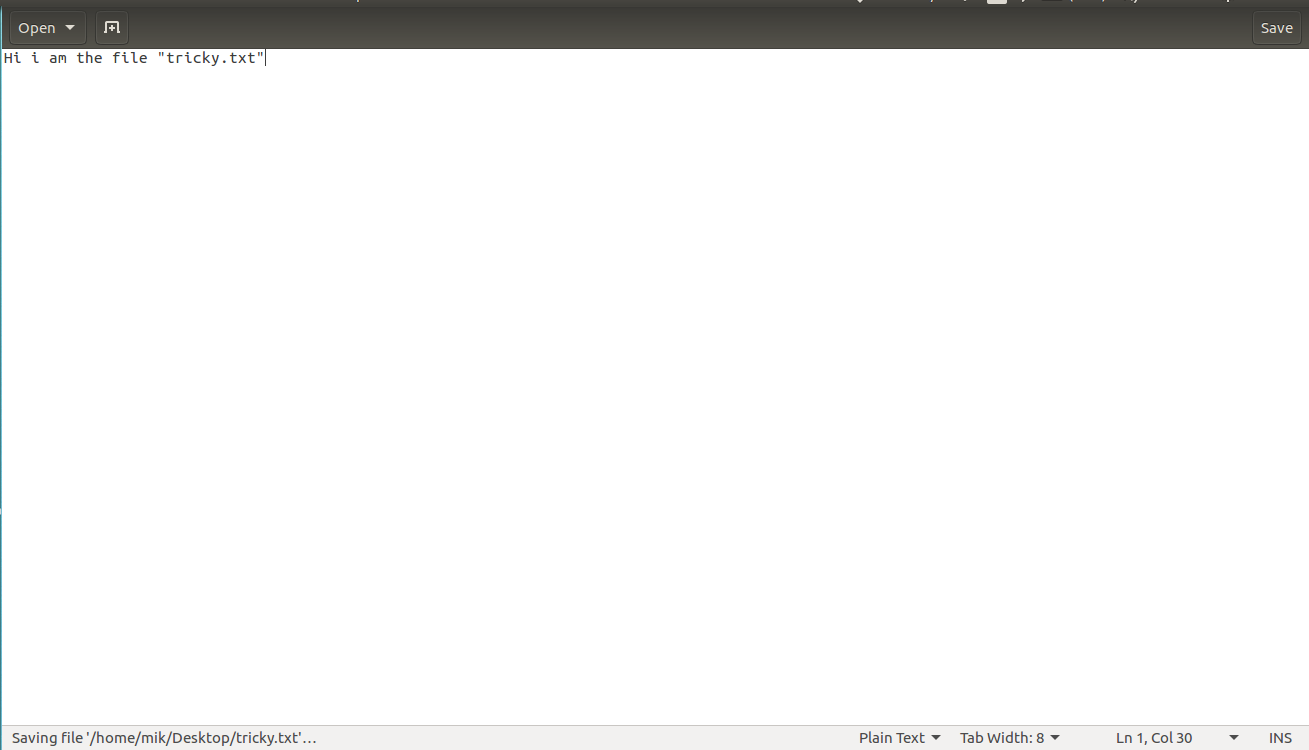 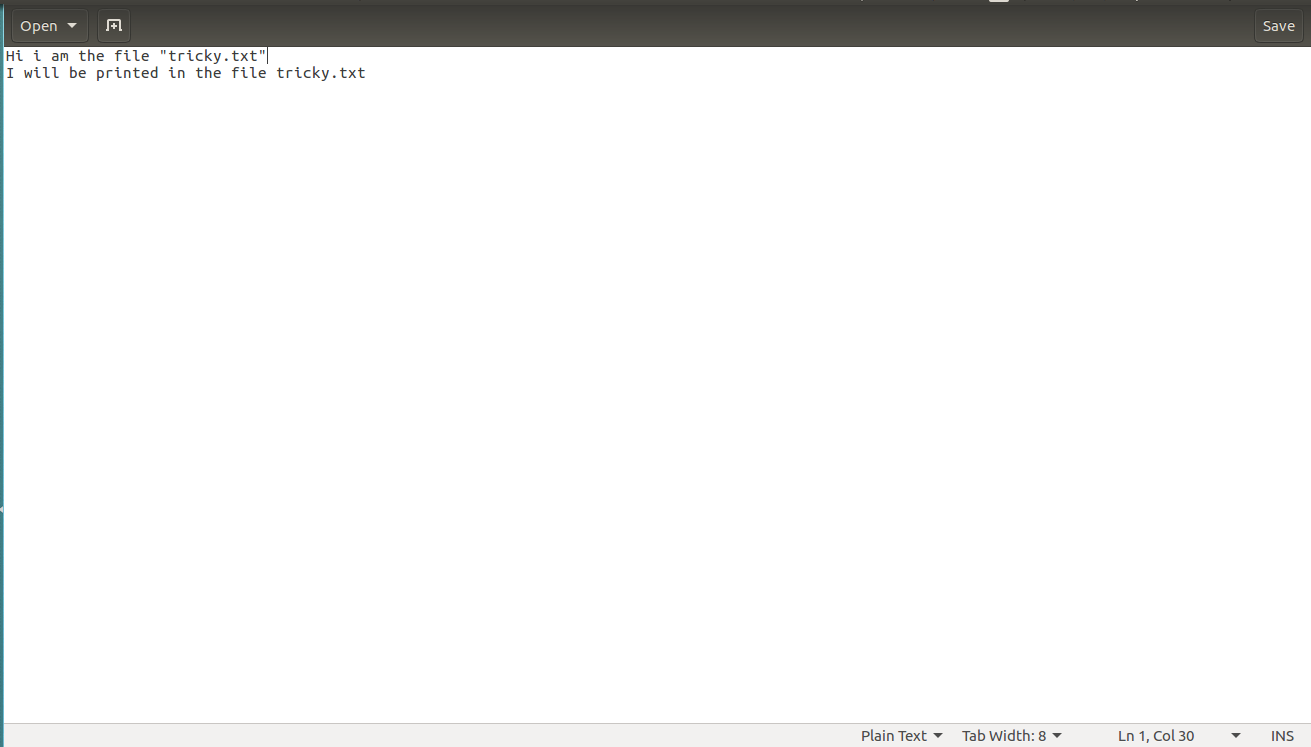