The Lagrange multiplier equation for the support vector machine. The equation of that can be given by:

Now, according to the duality principle, the above optimization problem can be viewed as both primal (minimizing over w and b) or dual (maximizing over a).

Slater condition for convex optimization guarantees that these two are equal problems.

To obtain minimum wrt w and b, the first-order partial derivative wrt these variables must be 0: 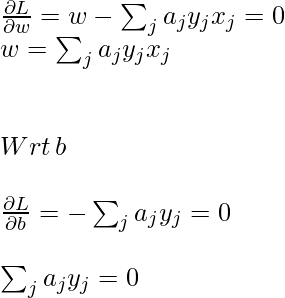 Now, put the above equation in the Lagrange multiplier equation and simplify it.

In the above equation, the term

because, b is just a constant and the rest is from the above equation”

To find b, we can also use the above equation and constraint 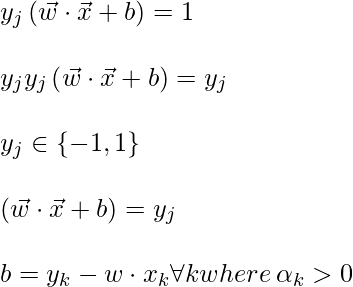 Now, the decision rule can be given by:

Notice, we can observe from the above rule that the Lagrange multiplier just depends upon the dot product of xi with unknown variable x. This dot product is defined as the kernel function, and it is represented by K

Now, for the linearly inseparable case, the dual equation becomes: 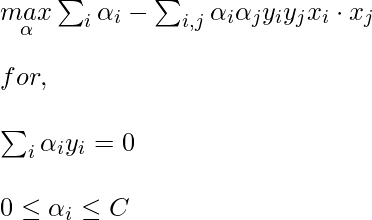 Here, we added a constant C, it is required because of the following reasons: 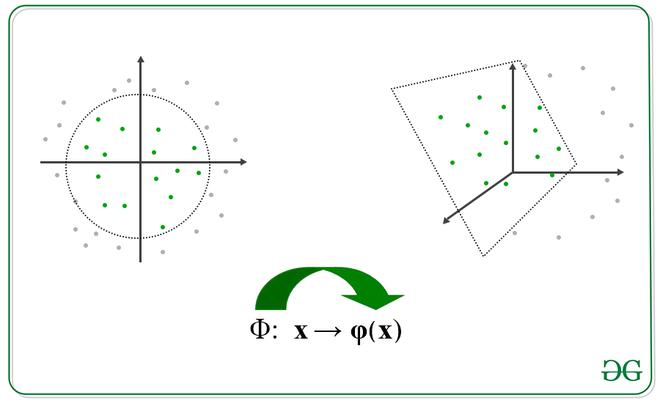 is the transformation function.

The intuition behind that many of time a data can be separated by a hyperplane in a higher dimension. Let’s look at this in more detail:

Suppose we have a dataset that contains only 1 independent and 1 dependent variable. The plot below represents the data:

Now, in the above plot, it is difficult to separate a 1D-hyperplane (point) that clearly separates the data points of different classes. But when this transformed to 2d by using some transformation, it provides options for separating the classes. 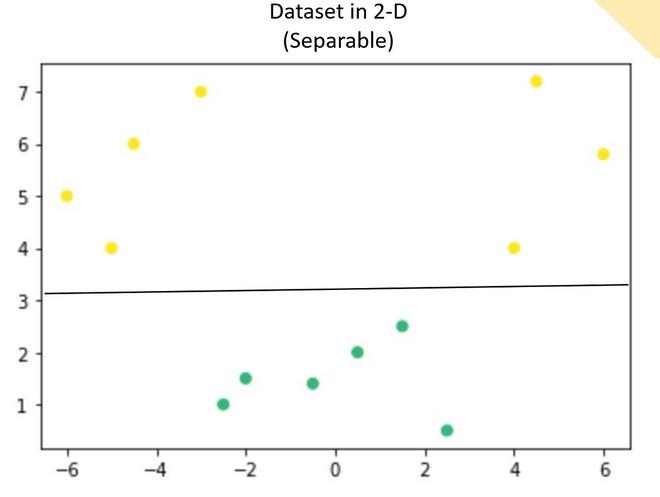 In the above example, we can see that an SVM line can clearly separate the two classes of the dataset.

There is some famous kernel that is used quite commonly: 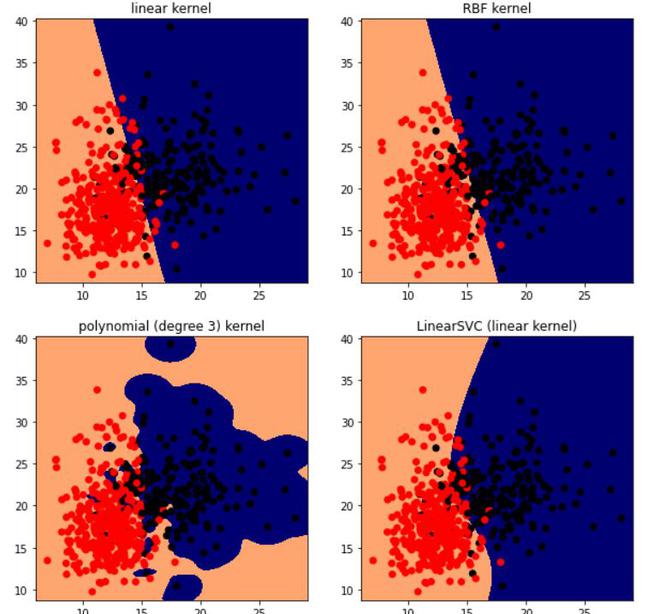 The DSVM algorithm has several advantages over other classification algorithms, such as:

-It is effective in high-dimensional spaces and with complex decision boundaries.
-It is memory efficient, as it only requires a subset of the training data to be used in the decision function.
-It is versatile, as it can be used with various types of kernels, such as linear, polynomial, or radial basis function kernels.

DSVM is mostly used in the fields of bioinformatics, computer vision, natural language processing, and speech recognition. It is also used in the classification of images, text, and audio data.