Turtle is a Python feature like a drawing board, which lets us command a turtle to draw all over it! We can use functions like turtle.forward(…) and turtle.right(…) which can move the turtle around. Turtle is a beginner-friendly way to learn Python by running some basic commands and viewing the turtle do it graphically. It is like a drawing board that allows you to draw over it. The turtle module can be used in both object-oriented and procedure-oriented ways.

To draw, Python turtle provides many functions and methods i.e. forward, backward, etc. Some the commonly used methods are:

Now to draw a circle using turtle, we will use a predefined function in “turtle”.

circle(radius): This function draws a circle of the given radius by taking the “turtle” position as the center. 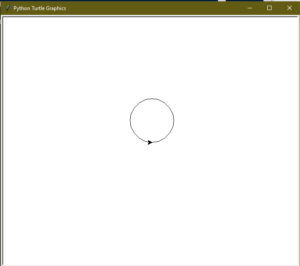 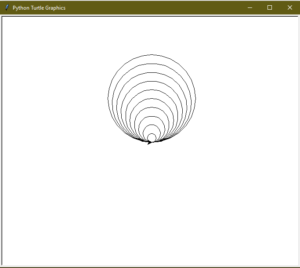 Spiral is a shape similar to a circle, except that the radius of the spiral gradually increases after every completed round. 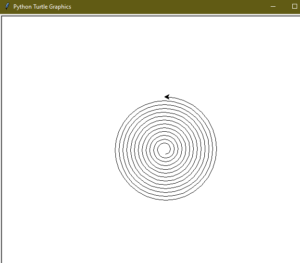 The term concentric is used for a group of things having common. Now Circles having the same center are termed as Concentric Circle. 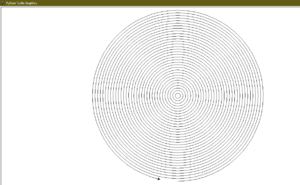 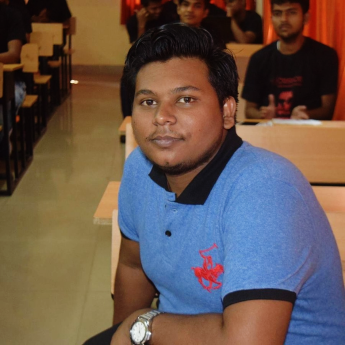