As we know the Data encryption standard (DES) uses 56 bit key to encrypt any plain text which can be easily be cracked by using modern technologies. To prevent this from happening double DES and triple DES were introduced which are much more secured than the original DES because it uses 112 and 168 bit keys respectively. They offer much more security than DES.

Double DES is a encryption technique which uses two instance of DES on same plain text. In both instances it uses different keys to encrypt the plain text. Both keys are required at the time of decryption. The 64 bit plain text goes into first DES instance which then converted into a 64 bit middle text using the first key and then it goes to second DES instance which gives 64 bit cipher text by using second key. 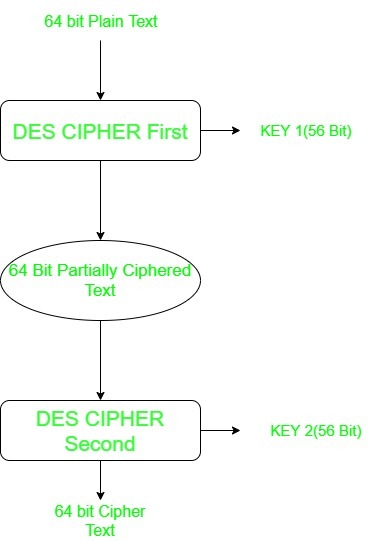 However double DES uses 112 bit key but gives security level of 2^56 not 2^112 and this is because of meet-in-the middle attack which can be used to break through double DES. 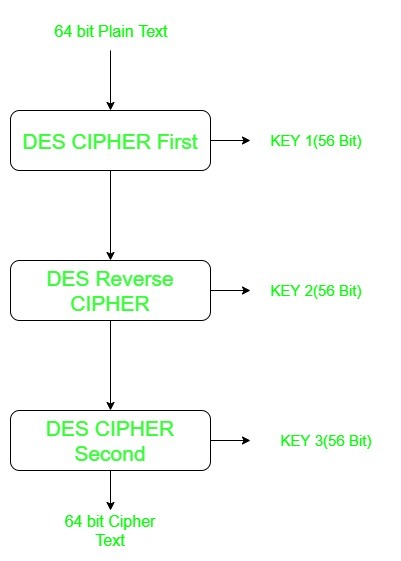