Docker is a software platform for creating isolated virtualized environments for building, deploying, and testing applications with ease. In this tutorial, we will learn how to host public repositories on docker hub which is a hosted repository service provided by Docker for finding and sharing container images. Just like GitHub allows the hosting of code of our application, DockerHub allows the hosting of Images of our applications.

In order to run these applications, we first need to create an image of the current application state. An image can be sometimes referred to as a snapshot of our project. Images are read-only in nature and consist of file that contains the source code, libraries, dependencies, tools, and other files needed for an application to run.

A Docker image is a read-only template that contains a set of instructions for creating a container which can run on the Docker platform.

A Docker repository is a collection of different docker images with the same name, that have different tags. Tags basically are identifiers of the image within a repository.

In this tutorial, we will use Docker Hub to host our repositories, which is free for public use. 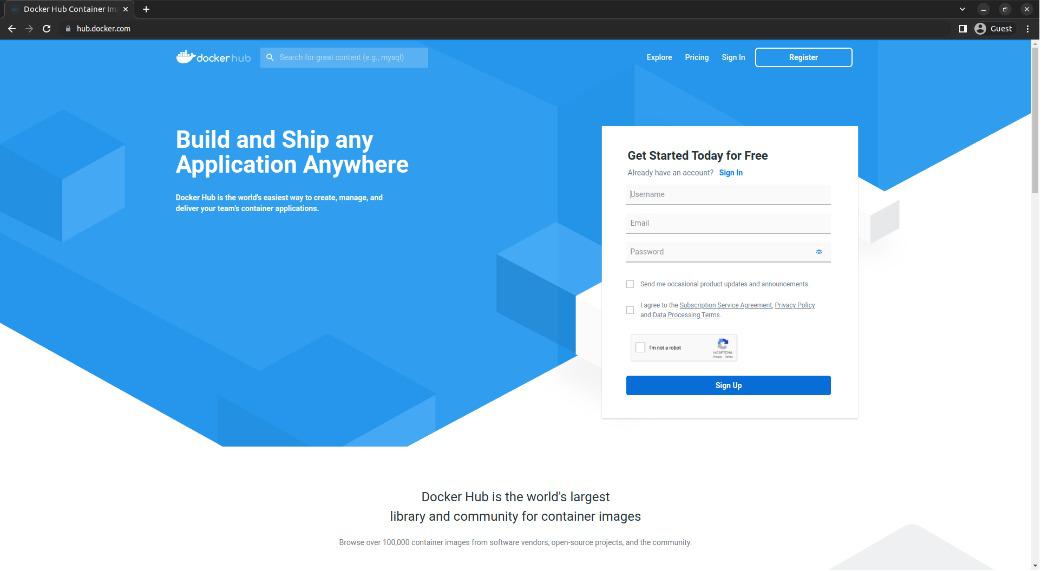 On the docker hub, you can create a repository by clicking on create repository button. Give the repository a name and description and make sure it is marked as public. This step is not necessary when you are hosting a public repository. It is used while hosting a private one. 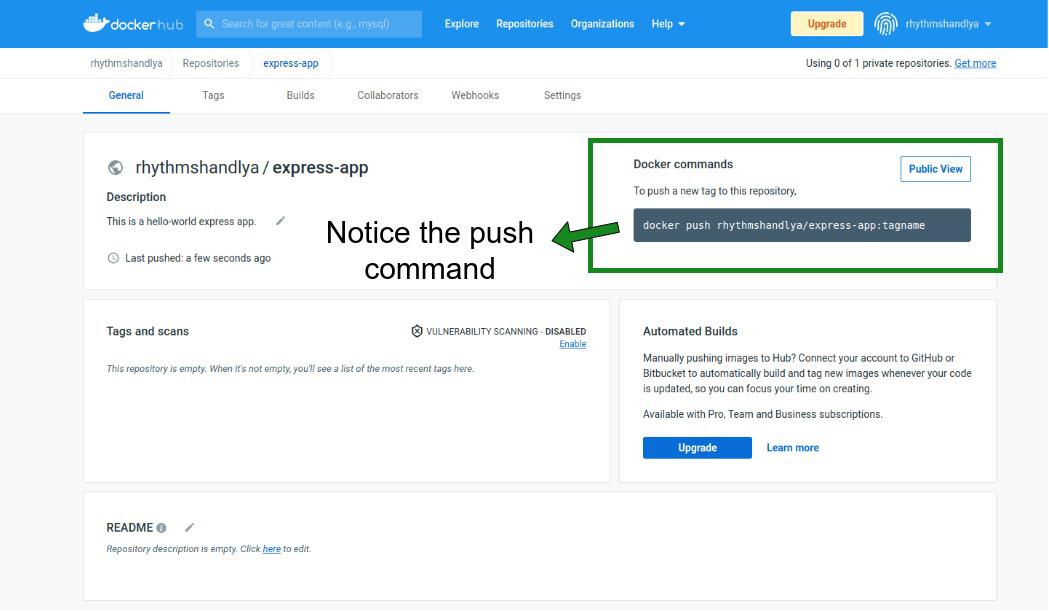 Now we will generate a basic express application and create an Image out of it. 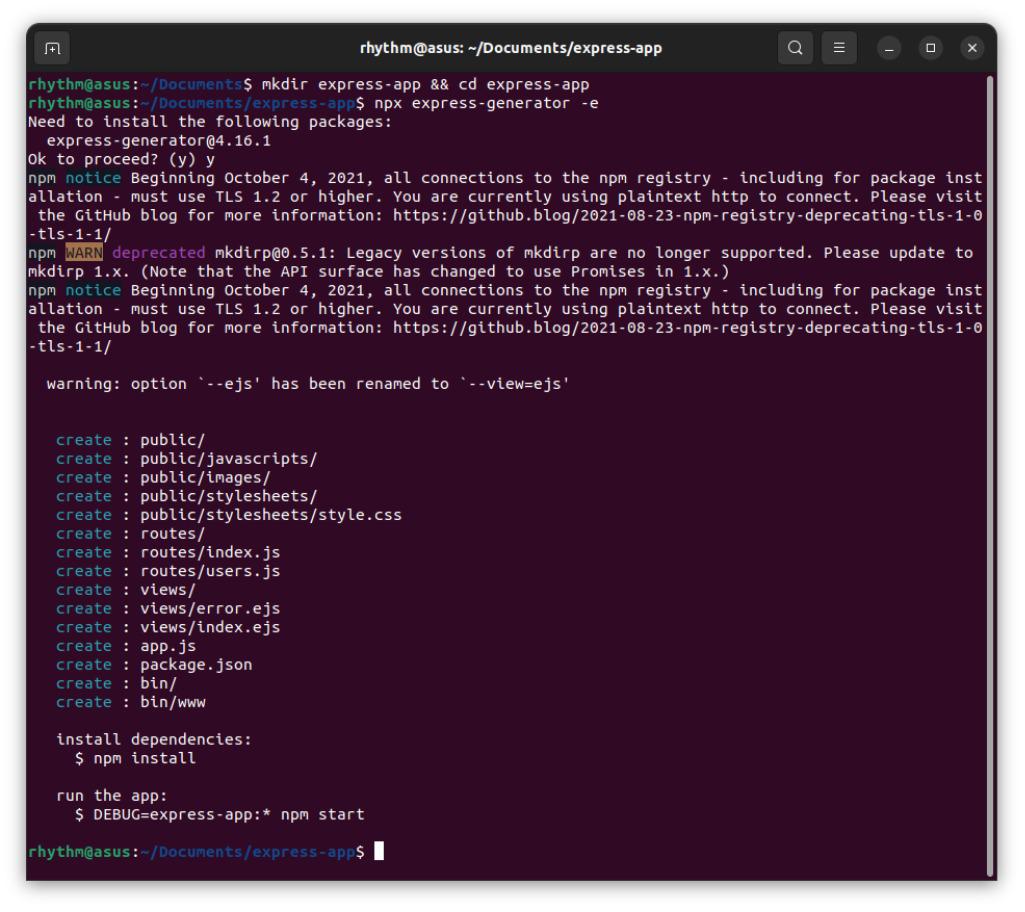 Now, create a Dockerfile for the application and copy the content as shown below: 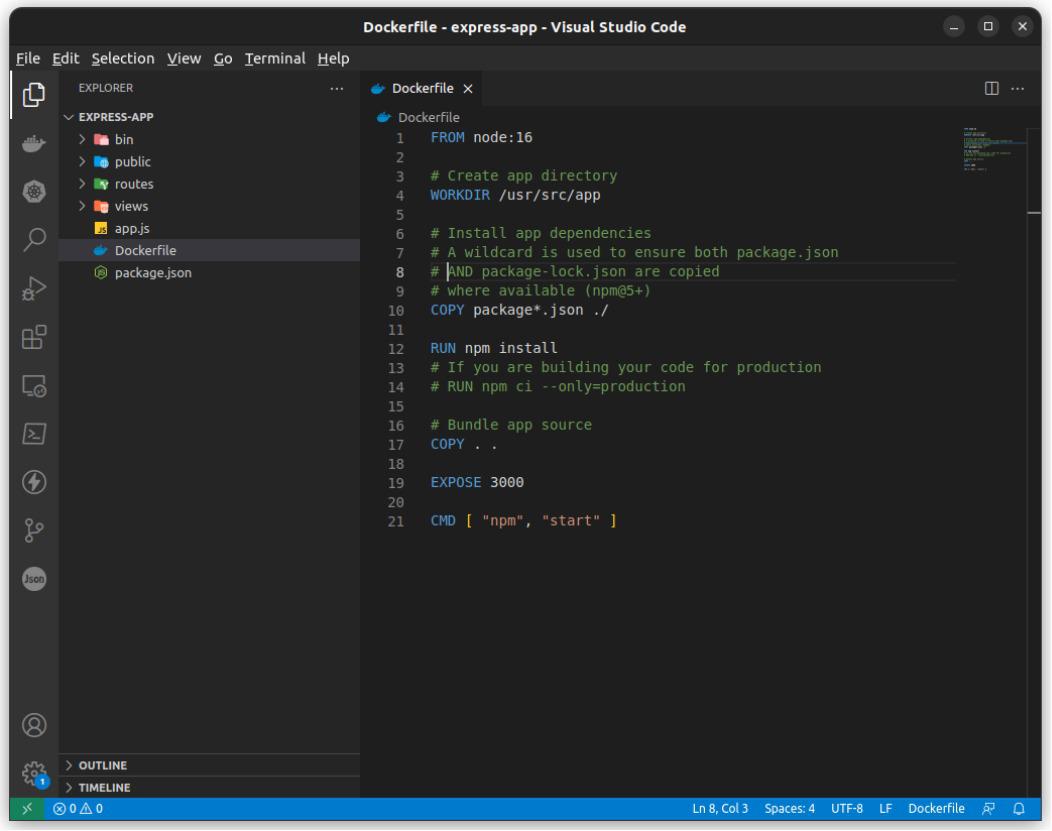 You can now build this Dockerfile with the docker build command. 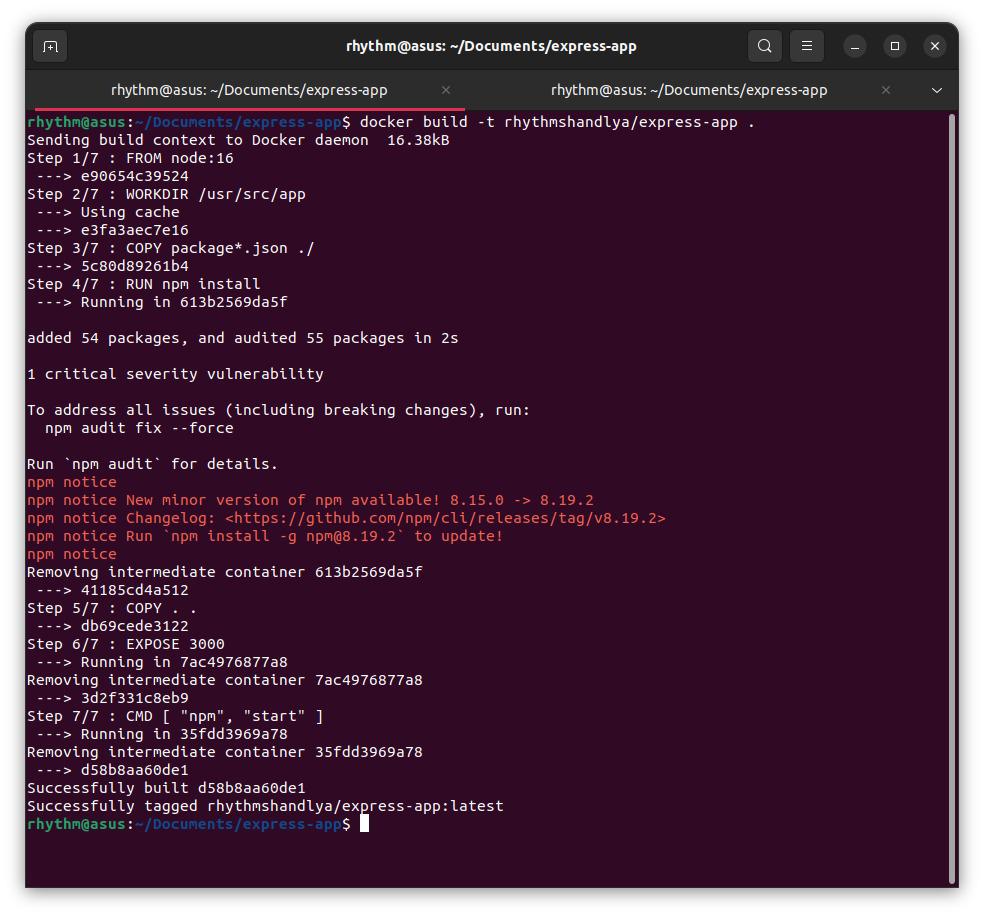 One thing to notice is as did not specify the tag name, it will be given the : latest tag.

Step 6. Playing With Tags. We can make changes to this application and give it a version tag of 0.0.1

Now that we have hosted our image in public anyone can pull and run them on their machines.