How to Upload Files with FileSystemStorage?

As mentioned earlier, this method should only be used to serve media in development and not in production. You might want to use something like nginx in production. 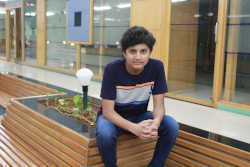