Diving into the Linux World

Most of us have heard of Linux term and thought of it as some high-level term used by IT nerds. If not Linux then you would have heard ‘Ubuntu‘ or ‘Mint‘, which are variants of Linux. Basically, it is just a desktop operating system, like Windows, OS X (MacOS), Chrome OS, etc. It was developed by the Finnish Software Engineer, Linus Torvalds. The most popular and widely used OS in the world of mobile phones, Android is based on Linux. As Linux is usually thought of as an OS used by IT professionals and is considered to be complicated. But, that is not at all true. Linux today is as easy to use as Windows and OS X.

To get a clear understanding of the term ‘GNU/Linux’, let’s go back to 1971. Near the end of his first year at Harvard University, Richard Stallman became a programmer at the MIT Artificial Intelligence Laboratory. In those times, there was a well-formed community and sharing of code was a usual practice, which he considered as common as sharing a piece of the recipe. But, in the early 1980s, the situation was changing. The modern computers of the 1980s, now had their own operating systems, and none of them were free software and one had to sign a nondisclosure agreement. Stallman found this whole idea of not being allowed to share and change the code, as unethical and antisocial, dividing the public and keeping users helpless.

As a programmer, he had an easy choice to get a job in any company and live a well-settled life, but he wanted to do something for the good. What was needed first was an operating system, without which software is useless. With a free operating system, he wanted to create a community possible once again. The operating system UNIX was grown widely in the 1980s. Therefore, he chose to make the system compatible with Unix so that Unix users could easily switch to it and named it GNU, a recursive acronym for “GNU’s Not Unix.” In 1984, he quit the job at MIT and began writing GNU software. Slowly, people were getting involved in the GNU project. In 1985, they created the Free Software Foundation (FSF), a charity organization for free software development to seek funding. However, in the 1990s they were having problems developing kernel. The kernel, which they had named Hurd, was not working and without a kernel, an operating system is useless.

This is when one of the most famous messages of the computing world was posted:

Linus Torvalds was a 21-year-old student at University of Helsinki, Finland with a PC based on an Intel 386 processor and a 16-bit MINIX (A variant of UNIX) to run on it. He was a user of Unix and Unix-like systems were very much interested in kernels and OS design and had a very strong understanding of how Unix functioned. He thought to try to write his own Unix-like OS kernel, just as a ‘hobby‘. He succeeded well enough and released it to the public. He had wanted to call the kernel ‘Freax’ ( ‘Free’ + ‘Freak’ + ‘X’ to indicate that it is a Unix-like system), but his friend named Torvalds‘ directory ‘Linux’ and the name stuck. Torvalds first published the Linux kernel under its own license, and later in January 1992, he released version 0.12 under GNU Library General Public License (GPL). More and more people started to contribute code to Linux. And two years after Linus’ post, there were 12, 000 Linux users. This is how the ‘GNU/Linux’ was born. Torvalds had written the kernel of the system and the software used to complete the operating system were of the GNU project. So, the term GNU/Linux is used to express the operating system as the combination of the GNU system with Linux as the kernel. Hence, calling the whole system like Linux is unfair and GNU should also be given equal importance.

Since then, there are been hundreds of distros based on GNU/Linux, thousands of software engineers contributing daily to improve it and millions of users living free’.

Conclusion: There are hundreds of GNU/Linux distros available, suitable for all types of people, ranging from beginners to experts. With so many distros, with so many versions, with so many desktop environments, it seems difficult to get started. Starting with Linux Mint 18.1’s (Mate) is a good choice, for moving from Windows, as its interface is similar to Windows and it is quite stable as well. You can dual-boot, which means installing, without having to remove windows. And by the way, don’t be worried by the name, 18.1 is the version number and Mate is the name of the desktop environment. Installing is pretty much simple, just download the .iso file from the official site of Linux Mint, make a bootable USB-Drive and install. 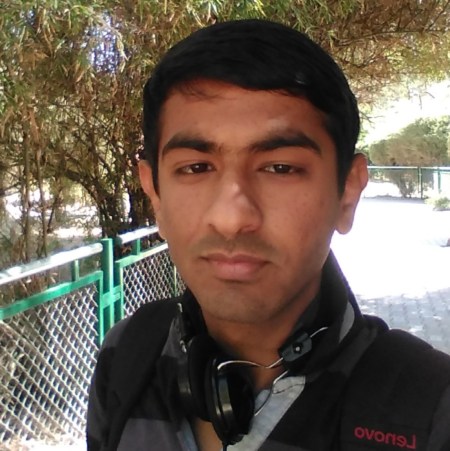