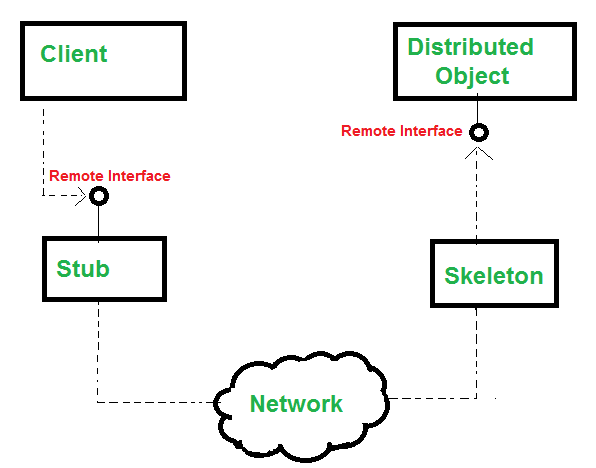 Stub is a client-side proxy object. It masks the network communications from the client. Using the sockets, messaging parameters, the stub can call over the network.

Steps involved in calling a distributed object from the client-side are as follows:

Note: Both stub & server-side implementation object must implement the same interface which is called remote interface.

Explicit Middleware: You can purchase the middleware & write the code that calls the middleware’s API.  Such a process was used by traditional distributed object programming(such as CORBA).

Example: You could gain transactions by writing to a transaction API as shown :

Here transferAmount() is a method that takes 3 input parameters acc1 of Account type, acc2 of Account type & amount of long type.  This method is called to transfer the amount from acc1 to acc2.

Example: One can think of Account as a class here whose each object refers to different account numbers. 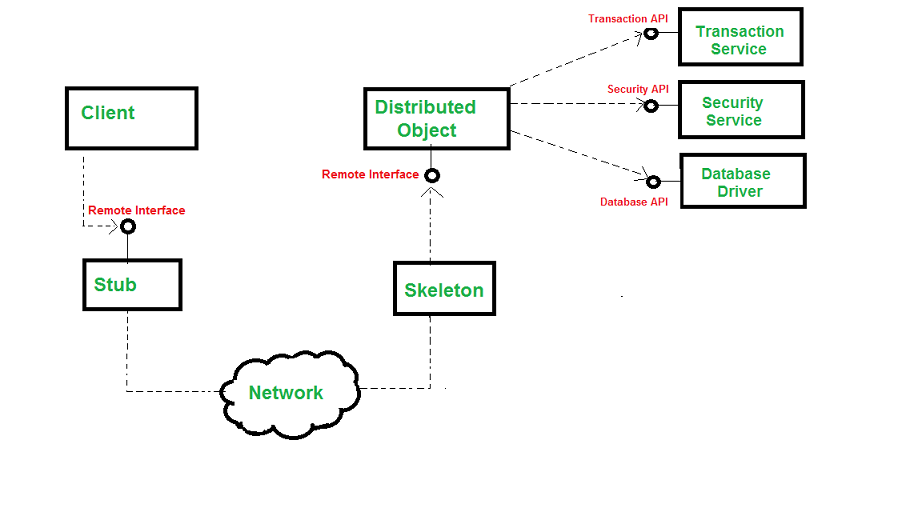 Here, business logic is intertwined with the logic to call the middleware APIs.

Implicit Middleware is where without writing to middleware APIs, you can harness complex middleware in your enterprise applications. One needs to follow these steps to harness the power of middleware as shown in the figure below 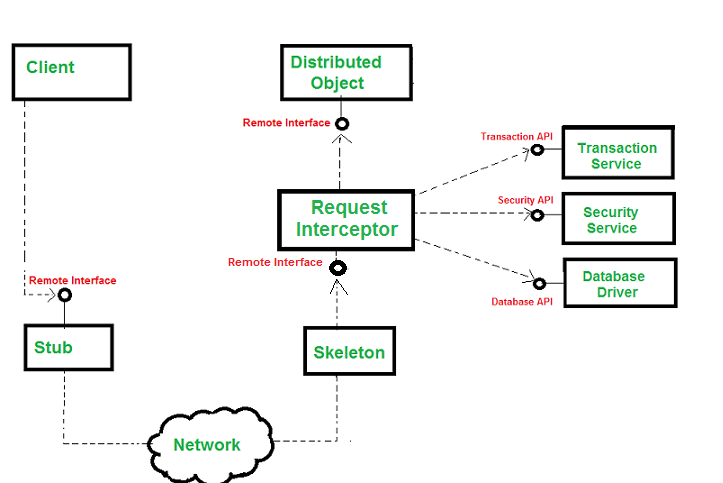 Procedure: The steps are as follows:

Example: The code that would run inside distributed object is: