In Physics, there are three coordinates, and they are mutually perpendicular to each other. The co-ordinate geometry is actually the space in real life. The coordinates coincide with each other and where they do, the values of all the coordinates are at 0. It is called as the origin. The origin is the Reference point. Humans see the world with their eyes as the reference point and all the motion occurs relative to their position. 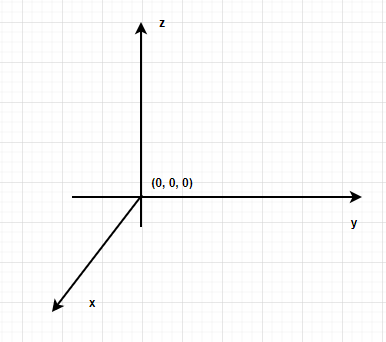 One-dimensional motion or rectilinear motion is motion in a straight line, only covering one of the three coordinates. For example, a train moving on a straight track, motion under free fall.

Motion is known to be uniform when the body covers equal distance in equal amount of time moving on a straight line.

Motion is known to be non-uniform when the body covers unequal distance in equal amount of time moving on a straight line.

Distance gives detailed information of the entire path covered during motion. Distance is represented as ‘d’ and it is not represented with an arrow as the direction is not involved. 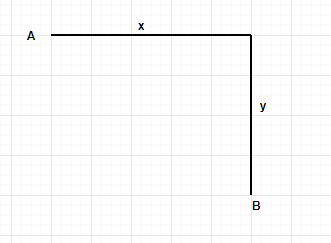 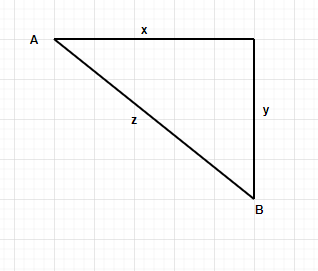 Displacement from A to B= z units (in the south-east direction).

Question 1: List out at least 3 differences between distance and displacement.

Difference between distance and displacement,

Question 2: What is the distance and displacement from the given figure, 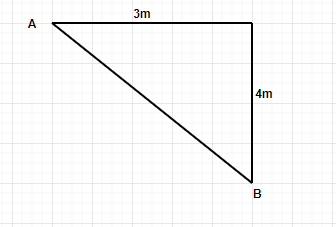 Distance is the total path length,

Displacement is the direct line from A to B,

Question 3: A particle has covered a distance of 1000 meters and a displacement of 200 meters in 1minute 40 seconds. Find the Speed and Velocity of the particle during motion?

Question 4: A boy is facing North, and he starts moving, he walked 5 meters straight and then turns right and walked 3 meters, then he turns right and again walks 5 meters. What is the distance and displacement covered by the boy?

The figure for the path traveled by the boy shall look like, 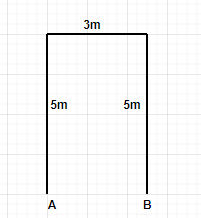 Displacement= 3 m (in the east direction)

Question 5: The speed and the velocity of a car is given as 5 m/sec, and the time taken in the whole journey is 5 minutes, what are the observations drawn from that information?

Observation- The distance and the displacement are both equal since the speed and the velocity of the car is equal. Therefore, it can be said that the car has traveled only in a straight direction.

Question 6: A boy decided to take a walk around his town in the evening, he started from his home and traveled approximately 1500 meters in 30 minutes. He finally came back to his home. Find the values of the following quantities,

Displacement= 0 meters (as the boy finally came back to his house, so the initial and the final point coincided).