Digital Signature Standard (DSS) is a Federal Information Processing Standard(FIPS) which defines algorithms that are used to generate digital signatures with the help of Secure Hash Algorithm(SHA) for the authentication of electronic documents. DSS only provides us with the digital signature function and not with any encryption or key exchanging strategies. 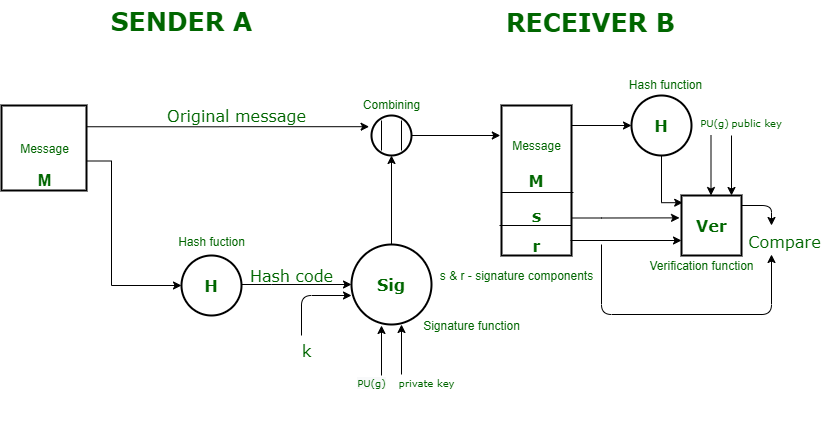 Sender Side :
In DSS Approach, a hash code is generated out of the message and following inputs are given to the signature function –

These input to the function will provide us with the output signature containing two components – ‘s’ and ‘r’. Therefore, the original message concatenated with the signature is sent to the receiver.

Receiver Side :
At the receiver end, verification of the sender is done. The hash code of the sent message is generated. There is a verification function which takes the following inputs –

The output of the verification function is compared with the signature component ‘r’. Both the values will match if the sent signature is valid because only the sender with the help of it private key can generate a valid signature.