Different Types of Queues and its Applications

A Queue is a linear structure which follows a particular order in which the operations are performed. The order is First In First Out (FIFO). A good example of a queue is any queue of consumers for a resource where the consumer that came first is served first. In this article, the different types of queues are discussed.

There are five different types of queues which are used in different scenarios. They are:

My Personal Notes arrow_drop_up
Previous
Fabric.js | Triangle borderOpacityWhenMoving Property
Next
How to Change Background Color of a Div on Mouse Move Over using JavaScript ?
Recommended Articles
Page :
Implement Stack using Queues
08, Nov 12
Level order traversal line by line | Set 2 (Using Two Queues)
08, Jun 17
How to efficiently implement k Queues in a single array?
24, Sep 14
C++ string class and its applications
25, Mar 16
Difference between fundamental data types and derived data types
04, Sep 18
Software and its Types
31, May 21
Different types of Coding Schemes to represent data
25, Oct 18
Different Types of Websites
23, Jun 21
Find N numbers such that a number and its reverse are divisible by sum of its digits
06, May 20
Deque | Set 1 (Introduction and Applications)
25, Sep 14
Applications of Priority Queue
14, May 17
Basic Applications of Computers
01, Jun 21
Applications of Queue Data Structure
01, Mar 11
What is an Expression and What are the types of Expressions?
02, Aug 19
Print colored message with different fonts and sizes in C
26, Apr 17
Data types in Java
07, Nov 16
C++ Data Types
19, May 17
Program to find all types of Matrix
26, Feb 18
Types of Operating Systems
05, Apr 18
Types of Errors in Java with Examples
07, Feb 20
Types of Computer Ports
15, Jun 21
Types of Computers
01, Jun 21
Types of Computer Networks
13, Jun 21
Types of Exception in Java with Examples
14, Dec 16
Article Contributed By : 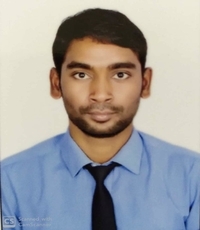