Theorem Proving System (TPS) is also known as an automated proving system. Theorem proving that is applied to real-time systems design and verification generally uses several definitions and different theorems to basically help to design, implement, validate, and also verify requirements. These proving methodologies can also provide a greater level specification of software requirements along with detailed description of the implementation. These implementations then might be checked against specification simply to ensure that either it is correct or not. Automated theorem proving generally focuses and aims upon ‘identifying’ or ‘finding’ aspect.

Different Theorem Prover Systems :
There are number of theorem prover systems that are good and are related to our work. Some of them are given below : 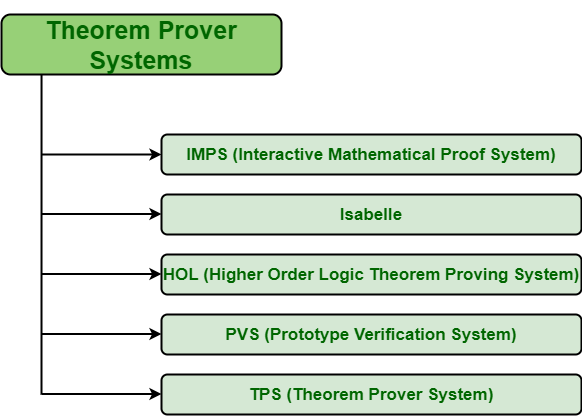