However, a code editor is simply a standalone text editor application to write computer programs. It is a fundamental tool in coding. These can be integrated with IDE’s to perform additional core features of programming.
There are different Python IDEs and Code Editors available in the market. They are of two types. First, the ones which are built specifically for Python development and the second are the generic ones which are built with the compatibility of all language development that you may use for Python also.

TYPE: IDE
URL:www.eclipse.org
Version: Free.
Python tools and packages: PyDev, www.pydev.org, https://marketplace.eclipse.org/node/114
Eclipse is an Open source IDE in which you can install PyDev for exclusive Python Development, which enables Python debugging, code completion, and an interactive Python console. Installing PyDev into Eclipse is easy: from Eclipse, do select Help, then Eclipse Marketplace, then search for PyDev. Click Install and restart Eclipse if necessary changes to be affected.

Type: Code Editor
URL:http://www.sublimetext.com
Version: Not-Free.
Sublime Text is a Code Editor developed by Google engineer which is written exclusively in Python and hence it comes with a lot of rich Python packages that facilitates rich features of Python development. It is compatible on all platforms. 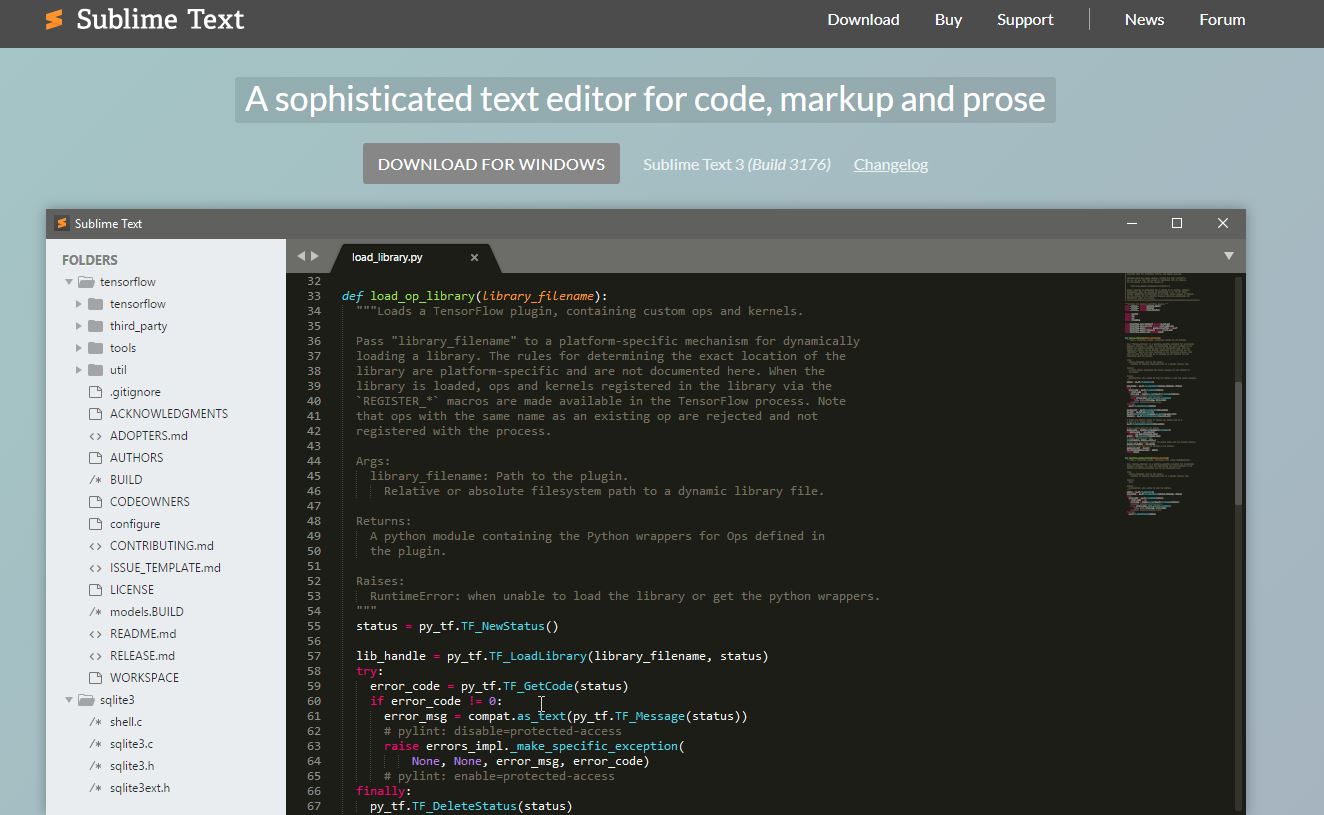 Type: Code Editor
URL:https://atom.io/
Version: Free
Atom is an open source code editor which by itself claimed as, “hackable text editor for the 21st Century.” With the help of a community-based Python extension being installed in Atom, you can use it for your Python development. Perhaps community provided add-ons should be found for debugging and build supports.

Type: Code Editor
URL:https://www.gnu.org/software/emacs/
Version: Free
It is a very conventional form of code editor which uses a type of powerful unique Lisp programming language for exclusive personal specification and modification. It possesses numerous customization scripts for Python development purposes. One has to know about the scripts of Lisp programming before opting for GNU Emacs as your choice of editors. 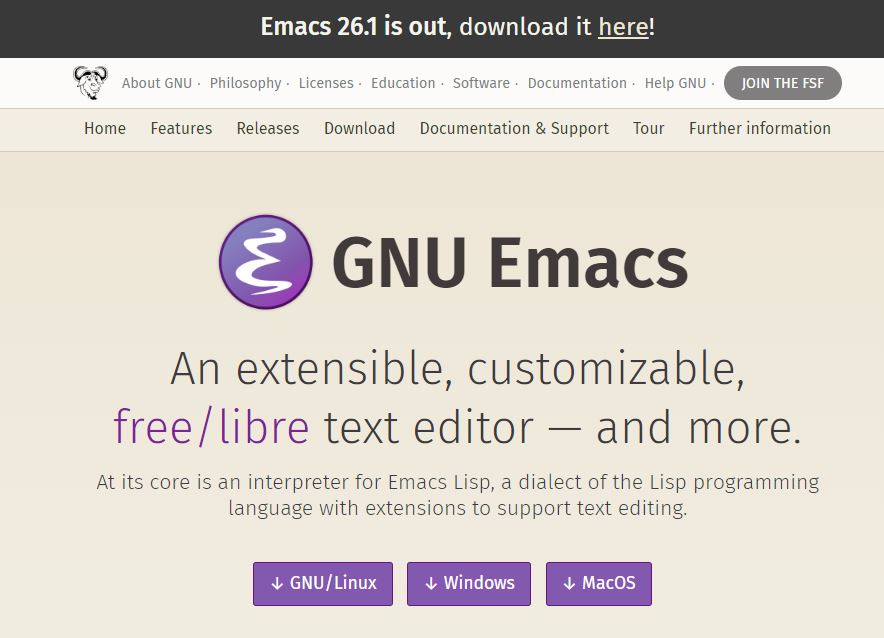 Type: Code Editor
URL:https://www.vim.org/
Version: Free
It is a type of mode based code editor comes in the UNIX environment. You should know about the VIMScripts while using it. This modal editor have exclusive VIMScripts for Python development tasks. 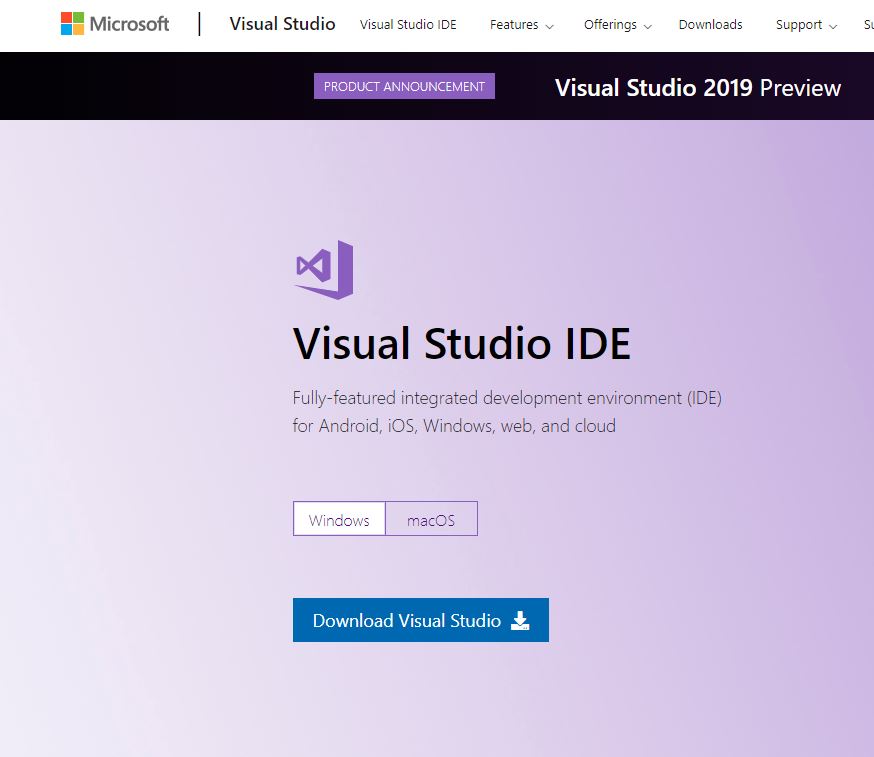 Type: Code Editor
URL:https://code.visualstudio.com/
Python tools: https://marketplace.visualstudio.com/items?itemName=ms-python.python
Version: Free
It is a open source code editor like Atom and compatible for different operating system environment such as Linux, Mac OS X, and Windows platforms. It comes as a full featured pack for software development. You can add Python tools to enable coding in Python.

Type: IDE
URL:https://www.jetbrains.com/pycharm/
Version: free (Community) and paid (Professional and Enterprise) versions
It is the best one and only IDE with full featured package for python development. It comes editor, debugger and source control with lots of support system to run Python hassle free. 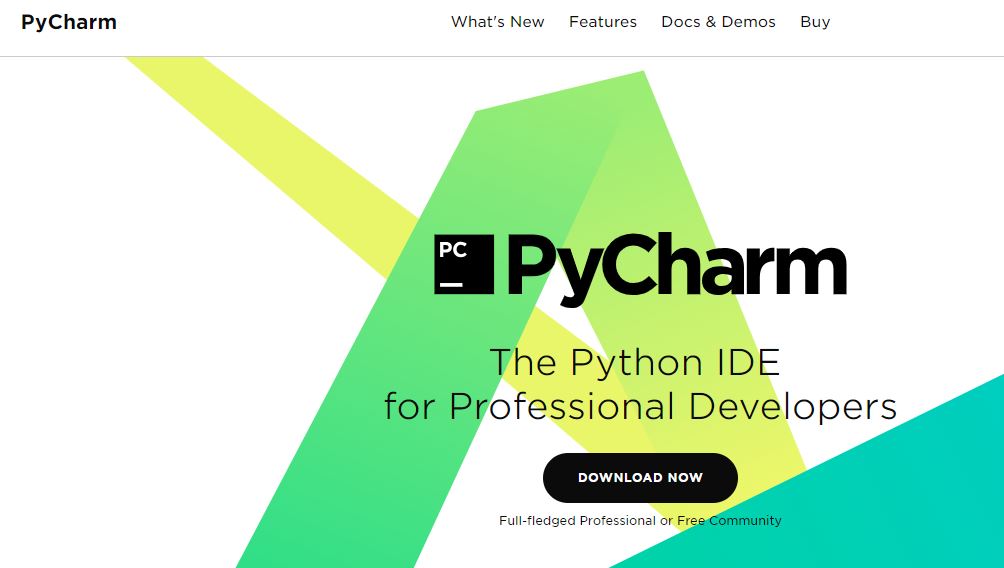 Type: IDE
URL:https://github.com/spyder-ide/spyder
Official Website: https://www.spyder-ide.org/
Version: Free
Spyder is an open-source Python IDE that is exclusively customized for data science workflows. It easily integrates with a scientific library like SciPy, NumPy, Matplotlib. It has got variable explorer that facilitates data visualisation at ease. It is more than just an IDE specifically designed for Python. The very exclusive advantage of this tool is that it is compatible and available for free on Windows, macOS, and Linux and that it is fully open-source software. 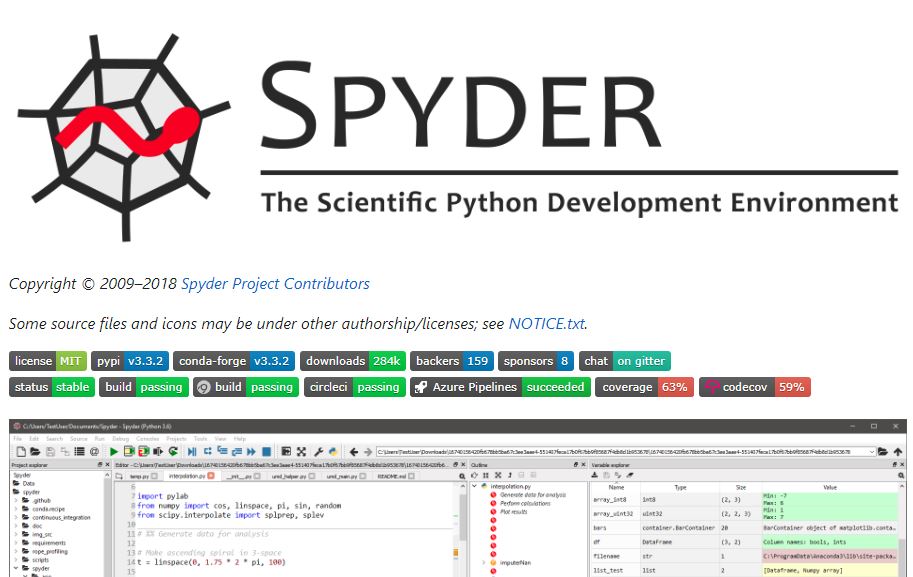 Type: IDE
URL:http://thonny.org/
Version: Free
It comes as a basic version of Python IDE which a beginner programmer would find it more useful. Supports all the Python packages. 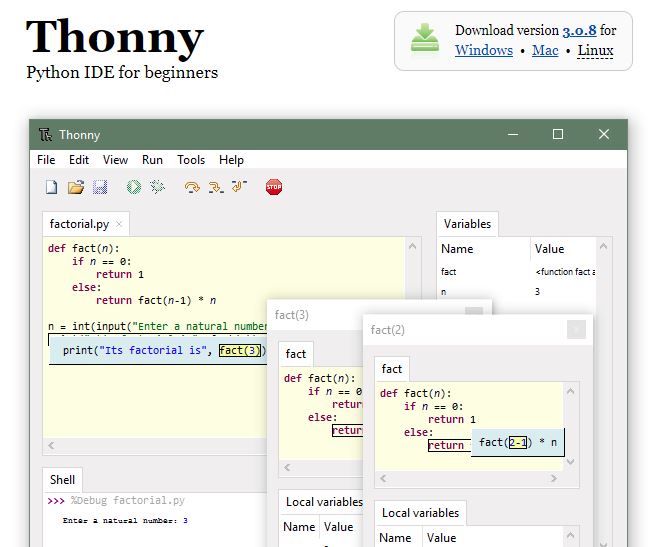 Which Python IDE is right for You :
Depending on the requirements of an individual programmer, it is one’s own choice to choose the right tool for your software development using Python. New Python developers should try solutions with as few customizations as possible. The less gets in the way, the better.