Difference between various Implementations of Python

When we speak of Python we often mean not just the language but also the implementation. Python is actually a specification for a language that can be implemented in many different ways.

Background
Before proceeding further let us understand the difference between bytecode and machine code(native code).
Machine Code(aka native code)
Machine code is set of instructions that directly gets executed by the CPU. Each instruction performs a very unique task, such as load or an logical operation on data in CPU memory. Almost all the high level languages such as C translate the source code into executable machine code with the help of Compilers, loaders and linkers. Every processor or processor family has its own machine code instruction set. 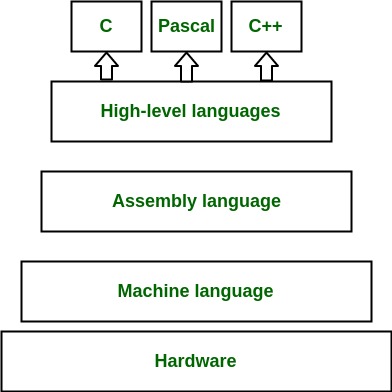 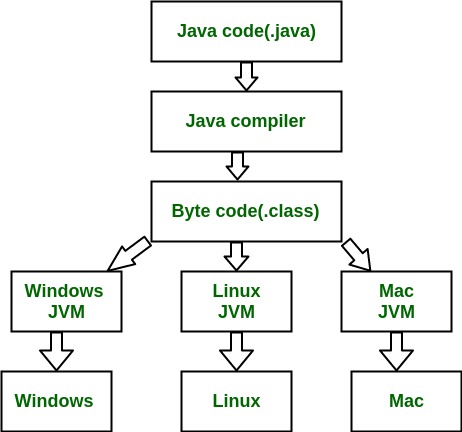 Implementations of Python
Cpython
The default implementation of the Python programming language is Cpython. As the name suggests Cpython is written in C language. Cpython compiles the python source code into intermediate bytecode, which is executed by the Cpython virtual machine. CPython is distributed with a large standard library written in a mixture of C and Python. CPython provides the highest level of compatibility with Python packages and C extension modules. All versions of the Python language are implemented in C because CPython is the reference implementation.
Some of the implementations which are based on CPython runtime core but with extended behavior or features in some aspects are Stackless Python, wpython, MicroPython.
Stackless Python – CPython with an emphasis on concurrency using tasklets and channels (used by dspython for the Nintendo DS)

Jython
Jython is an implementation of the Python programming language that can run on the Java platform. Jython programs use Java classes instead of Python modules .Jython compiles into Java byte code, which can then be run by Java virtual machine. Jython enables the use of Java class library functions from the Python program. Jython is slow as compared to Cpython and lacks compatibility with CPython libraries. 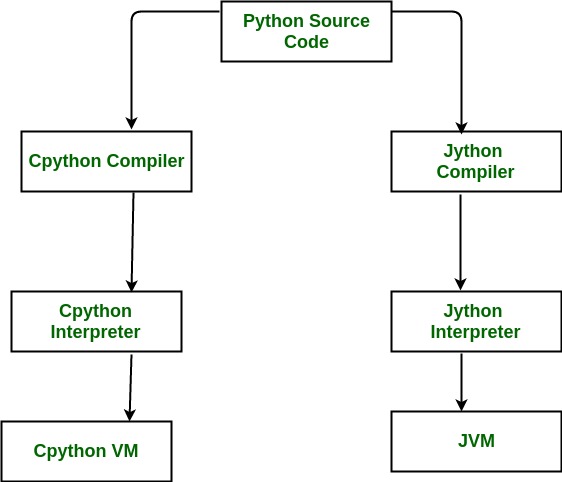 IronPython
A Python implementation written in C# targeting Microsoft’s .NET framework. Similar to Jython, it uses .Net Virtual Machine i.e Common Language Runtime. IronPython can use the .NET Framework and Python libraries, and other .NET languages can use Python code very efficiently. IronPython performs better in Python programs that use threads or multiple cores, as it has a JIT, and also because it doesn’t have the Global Interpreter Lock.

PyPy
“If you want your code to run faster, you should probably just use PyPy.” — Guido van Rossum (creator of Python)
Python is dynamic programming language. Python is said to be slow as the default CPython implementation compiles the python source code in bytecode which is slow as compared to machine code(native code). Here PyPy comes in.
PyPy is an implementation of the Python programming language written in Python. The Interpreter is written in RPython (a subset of Python). 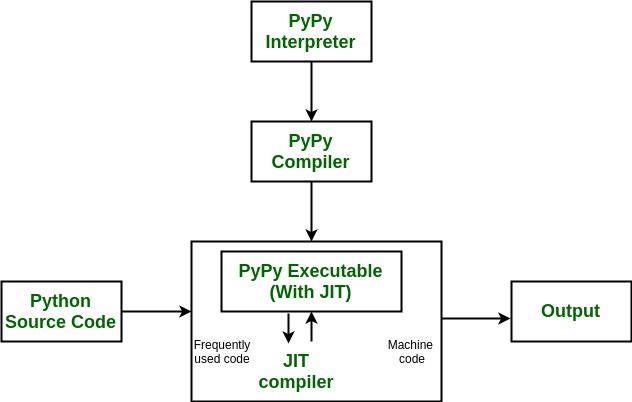 Some other Implementations of Python are CLPython, Pyston, Psyco, Cython, IPython.