Difference between Wavelength and Frequency

We know that both electric and magnetic fields travel in waves and that the interruption of these fields is referred to as light. When you toss a stone into a pool, for example, we can see the waves in a circular pattern moving outward from the stone. Every light ripple, like these waves, has a series of high points known as crests where the electric field is strongest, and a series of low places known as troughs where the electric field is weakest. The wavelength is the distance between two wave crests, and it will be the same for troughs. The frequency is the number of vibrations that pass over a given spot in one second, and it is measured in cycles per second (Hz) (Hertz). 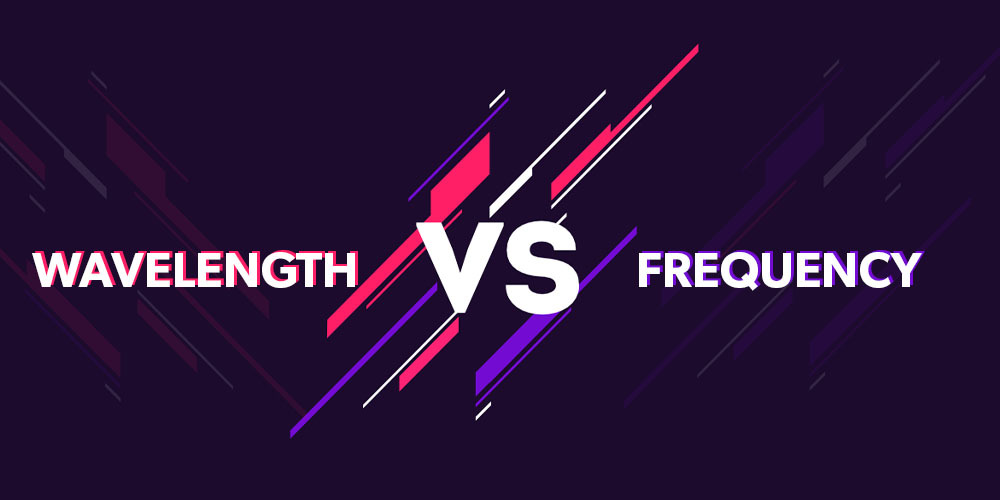 What is Wavelength (λ)?

The distance between two close points that are in phase with each other is defined as a wavelength. As a result, a single wavelength separates two consecutive peaks on a wave that would otherwise be a trough. A wave’s wavelength is represented by the symbol lambda (λ).

The wavelength of a wave is the distance between two crests or troughs. The crest is the highest point on the wave, while the trough is the lowest point. Meters, centimeters, millimeters, nanometers, and other wavelength units are used.

Wavelength is given by the formula:

What is Frequency (f)?

The number of wave vibrations for each unit time calculated in Hz is known as frequency.

Frequency is given by the formula:

Relation Between Frequency, Wavelength, and Speed of Wave

Since the speed of light is defined as:

Therefore, the above relation is interpreted for frequency as:

Difference between Wavelength and Frequency

Problem 1: Find the wavelength of a wave traveling at 10 m/s at a frequency of 5 Hz?

Thus, the wavelength is 2 m.

Problem 2: Find the wavelength of a wave traveling at 60 m/s at a frequency of 12 Hz?