User Mode: When a Program is booted up on an Operating system let’s say windows, then it launches the program in user mode. And when a user-mode program requests to run, a process and virtual address space (address space for that process) is created for it by windows. User-mode programs are less privileged than user-mode applications and are not allowed to access the system resources directly. For instance, if an application under user-mode wants to access system resources, it will have to first go through the Operating system kernel by using syscalls.

Kernel Mode: The kernel is the core program on which all the other operating system components rely, it is used to access the hardware components and schedule which processes should run on a computer system and when, and it also manages the application software and hardware interaction. Hence it is the most privileged program, unlike other programs it can directly interact with the hardware. When programs running under user mode need hardware access for example webcam, then first it has to go through the kernel by using a syscall, and to carry out these requests the CPU switches from user mode to kernel mode at the time of execution. After finally completing the execution of the process the CPU again switches back to the user mode. 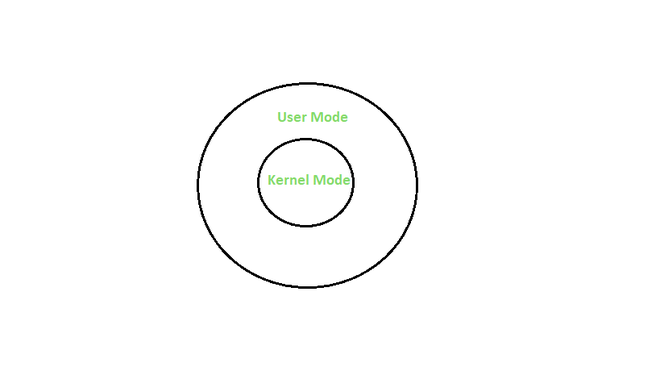