Difference between Ubuntu and Lubuntu

In this article, we are going to see the difference between Ubuntu and Lubuntu.

Ubuntu is a mainstream Linux distribution that is available for community use. Ubuntu has a built-in security system and virus protection software that’s why it is one of the most secure operating systems in the world. It is suitable for both desktops and servers. It also provides optimized and certified server images on popular cloud platforms like AWS, Azure, GCP, etc., and can be used on the IoT board as well. Ubuntu is available in several flavors like Lubuntu, Xubuntu, Kubuntu, Ubuntu Budgie, Ubuntu Studio, Ubuntu Mate, Ubuntu Kylin, etc.

The Latest versions of Ubuntu:

Here is the list of the top three latest updates of the Ubuntu operating system.

Lubuntu is a lightweight version of Ubuntu. Initially, Lubuntu was developed for systems with low specification hardware and limited system resources like RAM, Hard Disk space, etc. But later, it was refocused and released to provide a simple but descent Desktop Environment. It also provides a wide variety of applications for the end-users like music & video player, office suite, PDF reader, etc.

Here is the list of the key features of the Lubuntu operating system.

The Latest versions of Lubuntu:

Here is the list of the top three latest updates of the Lubuntu operating system.

Difference between Ubuntu and Lubuntu:

Why Choose Lubuntu Over Ubuntu?

Why Choose Ubuntu Over Lubuntu?

Hope you have understood the things discussed above well and are ready to explore and learn more about Ubuntu and its various flavors. Stay tuned with us! 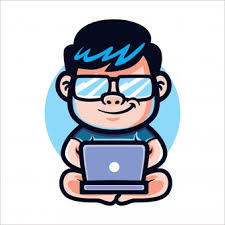