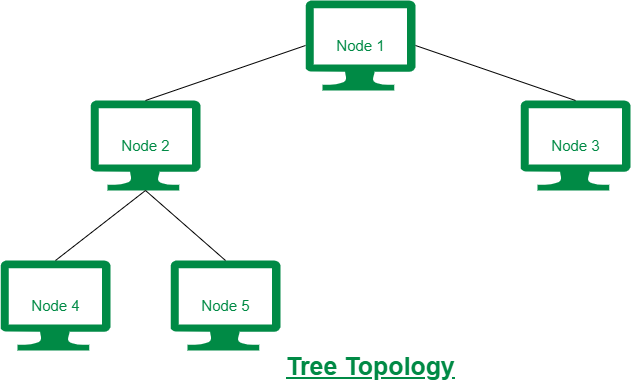 2. Bus Topology :
Bus topology is a type of network topology in which each included node is connected to a single main cable which acts as the backbone of the network. In bus topology, the communication between nodes are done through the main network cable. Bus topology is very less expensive as one continuous cable is used. 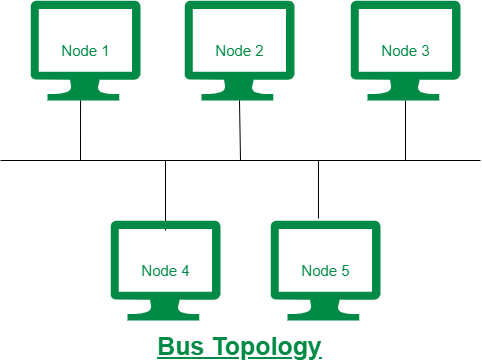 The difference between Tree Topology and Bus Topology are as follows :