Token Bus network is a standard in which tokens are passed along a virtual ring. In the token bus network bus topology is used as physical media.

In this, the virtual ring is created with stations and therefore tokens are subsequently passed from a station during a sequence with this virtual ring. Every station or node in the token bus network knows the address of its predecessor station and its successor station. A node (station) can transmit the data if and only if it has a token. Its working rule is analogous to the token ring network. 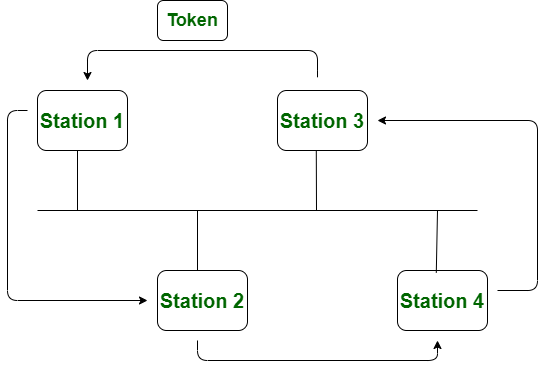 Token Ring is defined by the IEEE 802.5 standard. In the token ring network, the token is passed over a physical ring instead of a virtual ring.

In this a token is a special frame and a station can transmit the data frame if and only if it has a token. And The tokens are issued on successful receipt of the data frame. 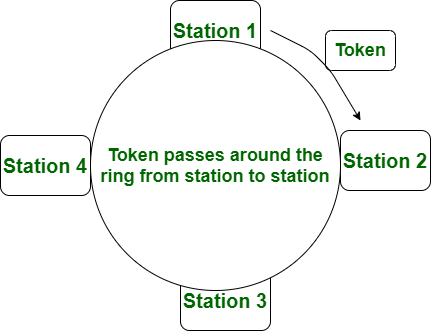 Difference between the Token Bus and the Token Ring: