Syntax: The syntax of the npm version looks like the following.

Tilde (~) notation: It is used to match the most recent patch version. Tilde ~ notation freezes the major version and minor version. As we know patch updates are bug fixes that’s why we can say ~ notation allows us to automatically accept bug fixes.

Note: Patch updates are very small security changes in a package that is why the ~version is approximately equivalent to the version.

Caret (^) notation: It is used for automatically updating the minor updates along with patch updates.

Example: The ^1.2.4 will update all the future Minor and patch updates, for example, ^1.2.4 will automatically change the dependency to 1.x.x if any update occurs.

Using caret notation it is important to look at our code regularly if it is compatible with the newest version or not. 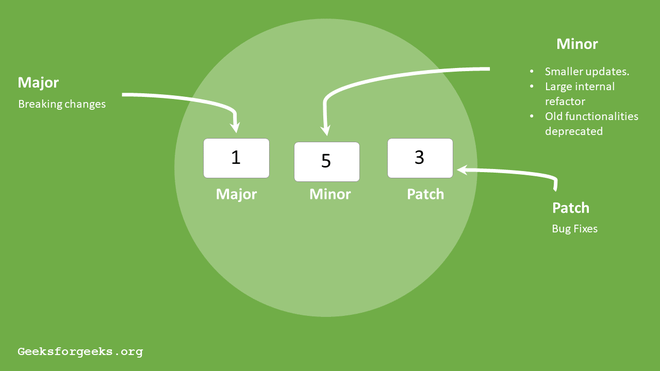 Difference between tilde (~) and caret (^) in package.json: