Difference between Swapping and Context Switching

Programs are sets of instructions designed to accomplish specific tasks. Similarly, a process refers to a runtime instance of a computer program. During the execution of a program, several threads may be running in parallel. Single-threaded processes refer to the thread itself as the process.

1. Context switching :
An operating system uses this technique to switch a process between states to execute its functions through CPUs. It is a process of saving the context(state) of the old process(suspend) and loading it into the new process(resume). It occurs whenever the CPU switches between one process and another. Basically, the state of CPU’s registers and program counter at any time represent a context. Here, the saved state of the currently executing process means to copy all live registers to PCB(Process Control Block). Moreover, after that, restore the state of the process to run or execute next, which means copying live registers’ values from PCB to registers. 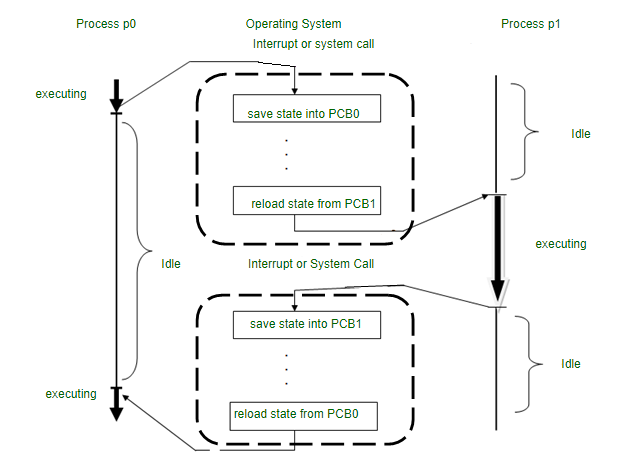 2. Swapping :
This is the process by which a process is temporarily swapped (moved) from the main memory (RAM) to the secondary memory (Disk). The main memory is fast but has less space than secondary storage, so the inactive processes are moved to secondary memory, and the system swaps the memory from secondary to the main memory later. During swapping, most of the time is spent transferring information, and the amount of memory swapped is directly proportional to the total time. Swapping has been divided into two more concepts: Swap-in and Swap-out. 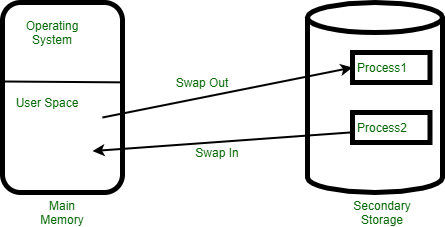 Difference between Swapping and Context Switching :