Difference between SVG and HTML 5 Canvas

SVG: The Scalable Vector Graphics (SVG) is an XML-based image format that is used to define two-dimensional vector-based graphics for the web. Unlike raster image (Ex .jpg, .gif, .png, etc.), a vector image can be scaled up or down to any extent without losing the image quality.

An SVG image is drawn out using a series of statements that follow the XML schema — that means SVG images can be created and edited with any text editor, such as Notepad. There are several other advantages of using SVG over other image formats like JPEG, GIF, PNG, etc. 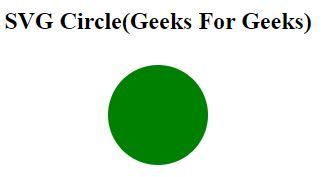 Canvas: The HTML element is used to draw graphics on the fly, via scripting (usually JavaScript). The element is only a container for graphics. You must use a script to actually draw the graphics. Canvas has several methods for drawing paths, boxes, circles, text, and adding images.

Difference between SVG and HTML5 Canvas: