Difference Between Stateless and Stateful Widget in Flutter

As we all know the flutter app consists of widgets only, these are broadly classified into two types:

Before knowing the difference between the stateless and stateful widget we should take a look at the definition of State of a widget.

The State is information that can read synchronously when the widget is build and might change during the lifetime of the widget.

In simpler words, the state of the widget is the information of the objects that its properties (parameters) are holding at the time of its creation (when the widget is painted on the screen). The state can also change when it is used for example the color of RaisedButton widget might change when pressed. 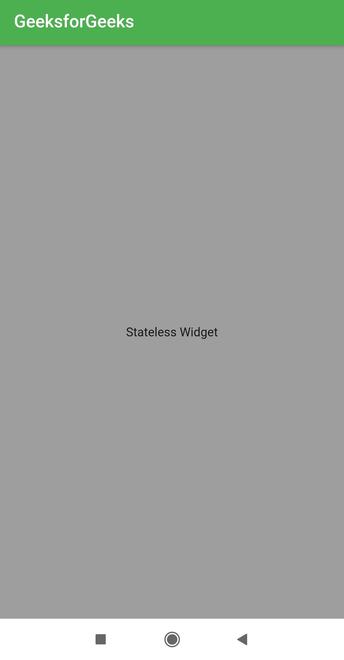 Stateful Widgets are the ones that change its properties during run-time. They are dynamic i.e., they are mutable and can be drawn multiple times within its lifetime. It can change its appearance in response to events triggered by user interactions or when it receives data.
Examples : Checkbox, Radio Button, Slider, InkWell, Form, and TextField are examples of Stateful widgets.
To create a Stateful widget, we have to override the createState() method, which returns the state of the widget.

Differences Between Stateless and Stateful Widget: