1. Source Code:
Source code refers to high level code or assembly code which is generated by human/programmer. Source code is easy to read and modify. It is written by programmer by using any High Level Language or Intermediate language which is human-readable. Source code contains comments that programmer puts for better understanding.

2. Object Code:
Object code refers to low level code which is understandable by machine. Object code is generated from source code after going through compiler or other translator. It is in executable machine code format. Object code contains a sequence of machine understandable instructions to which Central Processing Unit understands and executes.

The below figure illustrates the source code and object code: 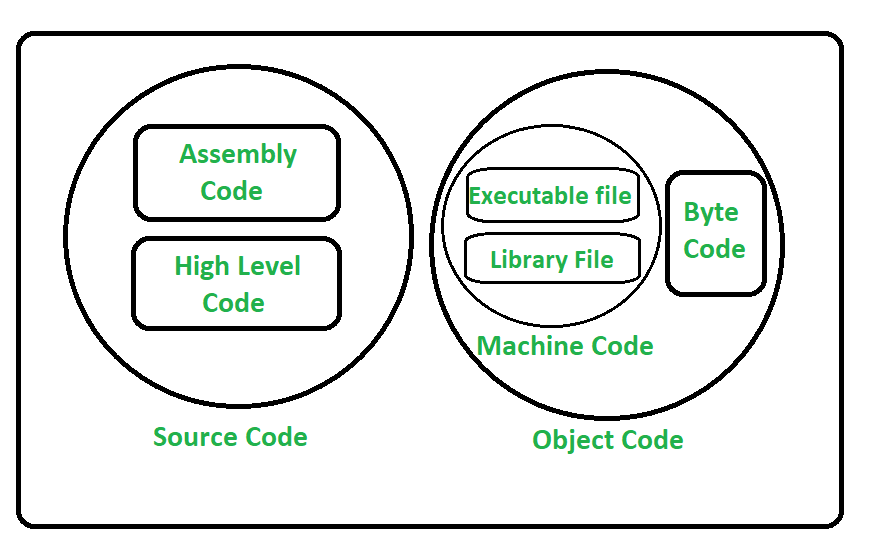