In the Computer System Design, Memory organisation is primarily divided into two main types on the basis of the manner in which CPU tries to access different levels of Memory. 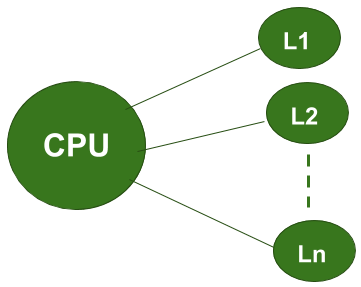