The problem with this is that it takes longer waiting time than the C-SCAN scheduling algorithm for requesting the locations.

Example :
Assuming the head starts at 53 and starts moving towards left end. 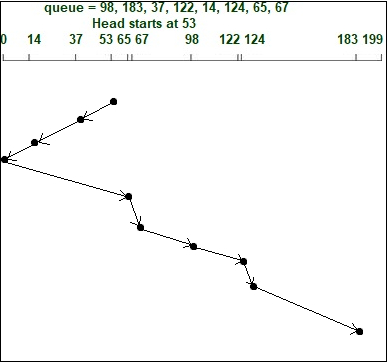 2. C-SCAN Disk Scheduling Algorithm :
In C-SCAN disk scheduling algorithm, the only difference with respect to SCAN algorithm is that, it is designed to provide more uniformity in waiting time. In this, head or pointer works in a single direction i.e., it scans for the requests all the way to a direction and once it reaches the end, it jumps back to another end and services the requests in the same direction unlike, SCAN does it in both reversed and forward direction.

Example:
Assuming the head starts at 53 and starts moving towards right end. 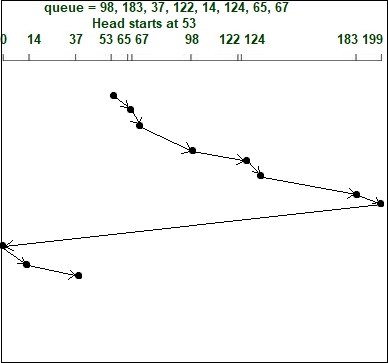