Difference between Point to Point Link and Star Topology Network

2. Star topology :
It is that type of topology which contains a central node to which all of the other or different nodes are connected through a single path. In this topology, each and every host is connected to a central hub. 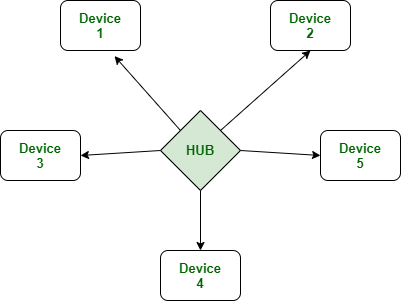 Difference between Point to Point Link and Star Topology Network :