Difference between Momentum and Impulse

Mechanics is a branch of mathematics and physics that studies the interactions of force, matter, and motion among physical things. Displacements, or changes in an object’s location relative to its environment, are caused by forces applied to it.

Mechanics is a part of classical physics that deals with bodies that are either at rest or moving at speeds slower than the speed of light. It’s also known as the physical science that studies the motion of bodies and forces on them that aren’t in the quantum domain. 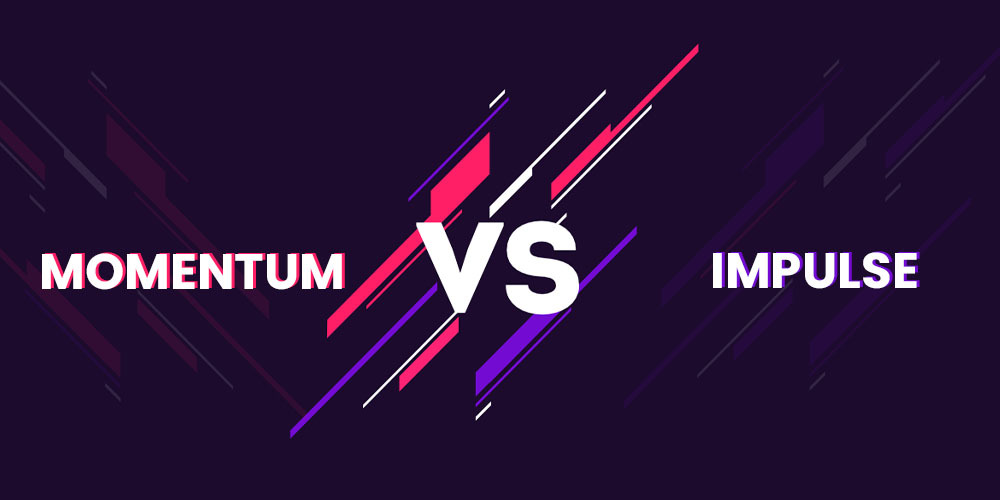 Momentum is defined as the quantity of motion multiplied by the amount of matter moved and the speed at which it travels. When you walk, run, or do anything else, you’re creating momentum. If a bicycle and a car both ride at the same speed down the street, the automobile will have the most momentum. The SI unit of momentum is kg m/s.

The quantity of momentum is a vector quantity.

The impulse is a term that refers to the product of the average net force acting on an object over a period of time. It is denoted by the letter J and is usually measured in Newton seconds or kilograms per second.

Difference between Momentum and Impulse

Problem 2: Calculate the momentum of a 10-kg object moving at a 5 m/s speed.

Mass of an object m is 10kg

Problem 3: Calculate the momentum of a 500g ball thrown at 100 metres per second.

Problem 4: Calculate the momentum of a 40-gram ball thrown at a speed of 10 metres per second.

Problem 5: Why does a person sustain more injuries when they fall onto a floor rather than sand?

When someone falls from a bed to the floor, they suffer greater damage than if they fall into a sand pile. Because the sand yields more than the cemented floor, the contact time increases and the force impact decreases.