Difference between map, applymap and apply methods in Pandas

Pandas library is extensively used for data manipulation and analysis. map(), applymap(), and apply() methods are methods of Pandas library in Python. The type of Output totally depends on the type of function used as an argument with the given method.

What is Pandas apply() method

This method can be used on both a pandas Dataframe and series. The function passed as an argument typically works on rows/columns. The code below illustrates how apply() method works on Pandas Dataframe. 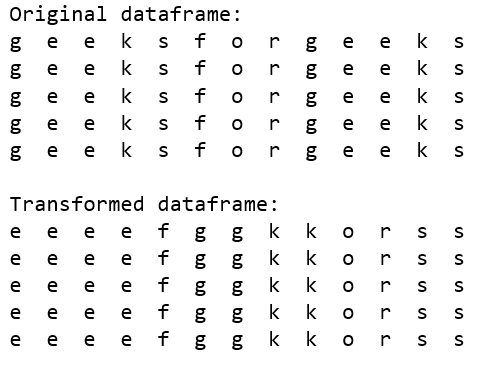 The below Code illustrates how to apply() method to the Pandas series: 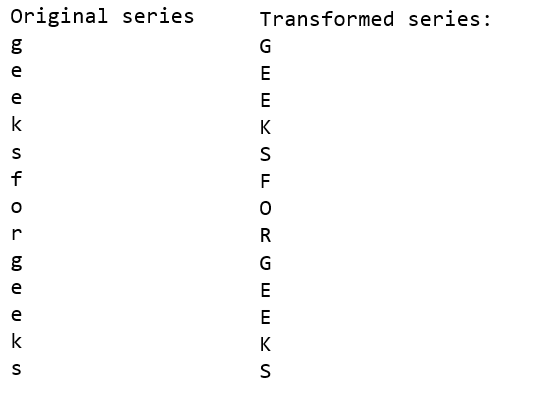 What is Pandas applymap() method

The applymap() method only works on a pandas Dataframe where a function is applied to every element individually. The function passed as an argument typically works on elements of the Dataframe applymap() and is typically used for elementwise operations. 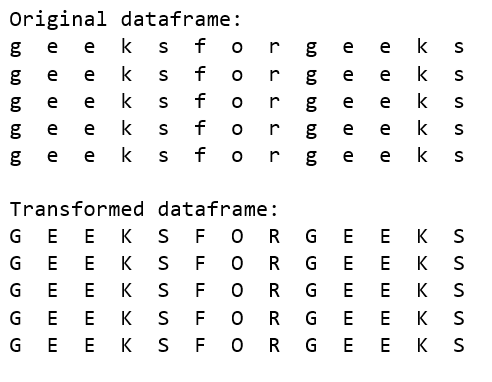 What is Pandas map() method

The map() method only works on a pandas series where the type of operation to be applied depends on the argument passed as a function, dictionary, or list. This method is generally used to map values from two series having one column the same. 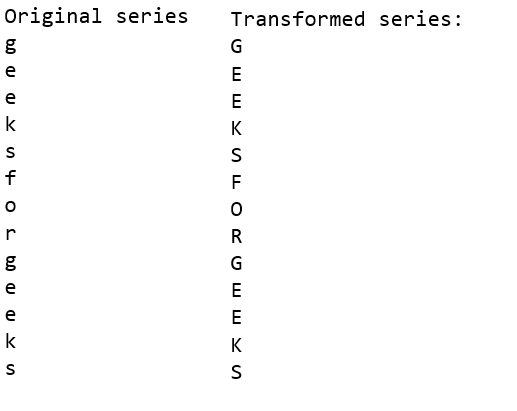 Difference between map, applymap and apply in Pandas