Difference between LL and LR parser

where S is start symbol, A is non-terminal and a, b, c are terminals. 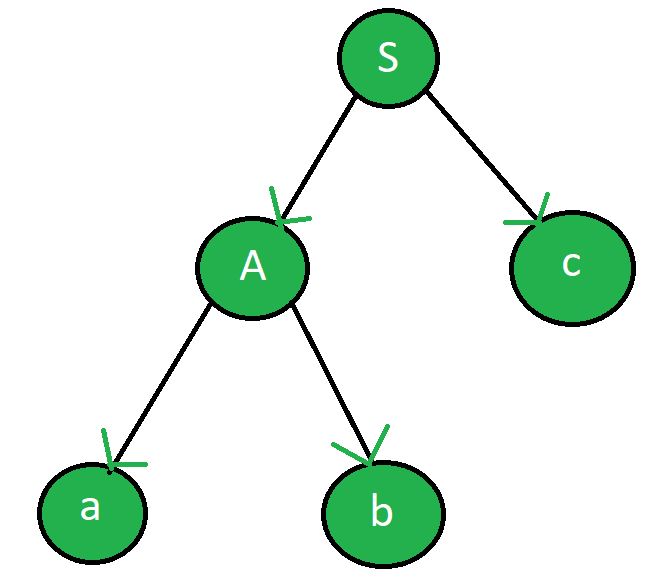 LR Parser is one of the bottom up parser which uses parsing table (dynamic programming) to obtain the parse tree form given string using grammar productions.

Example: In the above example, parse tree generated by LR parser: 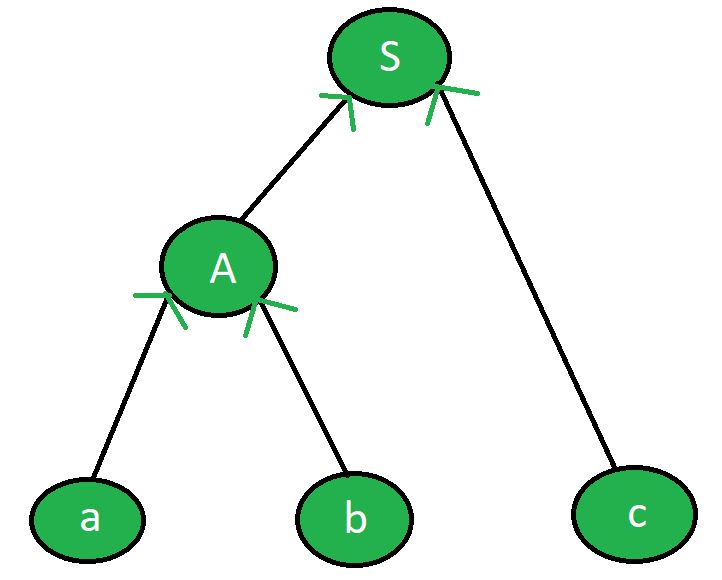 Difference between LL and LR parser: