Difference between LAN, MAN and WAN

LAN stands for local area network. It is a group of network devices that allow communication between various connected devices. Private ownership has control over the local area network rather than the public. LAN has a short propagation delay than MAN as well as WAN. It covers smaller areas such as colleges, schools, hospitals, and so on.

MAN stands for metropolitan area network. It covers a larger area than LAN such as small towns, cities, etc. MAN connects two or more computers that reside within the same or completely different cities. MAN is expensive and should or might not be owned by one organization. 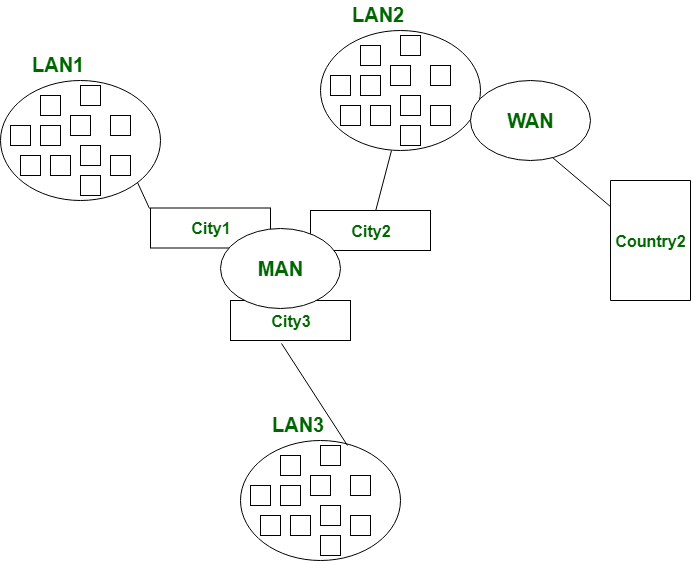 Difference between LAN, MAN, and WAN

Differences between LAN, MAN, and WAN