Difference Between Compound and Mixture

The matter is divided into three main types Compounds, Mixtures, and Elements. Pure substances are compounds. Impure substances are Mixtures. The key difference between compounds and mixtures is that a compound is made up of molecules, each of which is composed of two or more different types of chemically bound atoms. While the mixture is a combination of two or more elements or compounds that are combined physically rather than chemically. Let’s learn more about the differences between compounds and mixtures in this article! 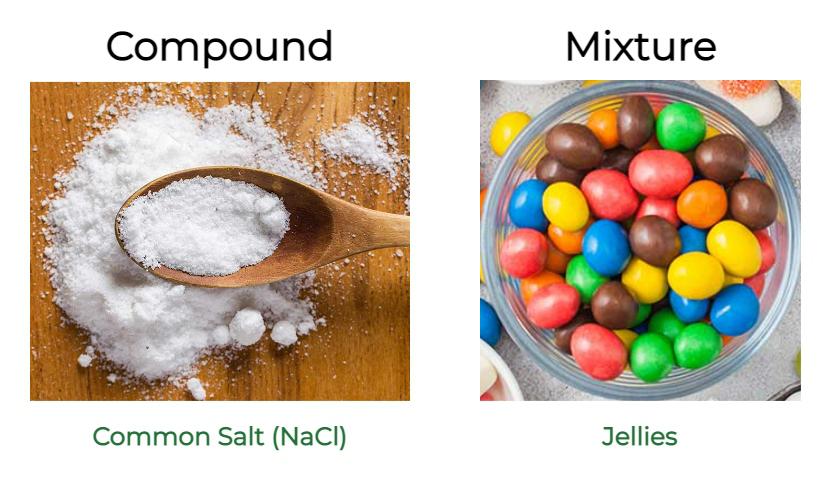 Mixtures are substances made up of two or more different types of materials. Physical means can be used to separate them. A mixture of salt and water, a mixture of sugar and water, various gases, air, and so on are examples.

The various components of any combination do not form as a result of any chemical changes. As a result, the components’ unique qualities are preserved. To put it another way, a mixture is what you get when you combine two things such that there is no chemical reaction between them and you can separate them again. Every component in a combination maintains its own chemical identity.

When two or more substances are mixed together such that they do not change chemically and retain all their properties, the result is said to be a mixture. We can say that substances mix up physically only and do not undergo any chemical reaction. Mixtures are broadly classified into two types: homogeneous mixtures and heterogeneous mixtures.

A compound is a pure material made up of two or more elements combined chemically in a set mass proportion. The creation of a compound is always the outcome of a chemical reaction.

As a result, a compound lacks the characteristics of its individual parts. The smallest item produced after breaking down the chemical is referred to as a molecule of the substance. The chemical formula represents one molecule of a substance. The formula of a compound is a declaration of the compound’s composition, in which the symbols indicate the elements present and the subscripts represent the number of atoms in each element.

Difference between Mixtures and Compounds

Lets now understand some major differences between mixtures and compounds:

FAQs on Compounds and Mixtures

Question 1: What are the similarities between Compounds and Mixtures?

Following are the similarities between Compounds and Mixtures-

Question 2: What is the significance of Compounds and Mixtures?

Both Compounds and Mixtures are elemental parts of the matter. Both the chemical processes that sustain live organisms and those that regularly take place in nonliving substances need them.

Question 3: Differentiate between mixtures and compounds.

Question 4: Is water a compound or a mixture? Why or why not?

The chemical formula for water is H2O. This shows that 2 parts of hydrogen and 1 part of oxygen combine chemically to form water. Thus, water is a compound.

Question 5: Gold is a mixture or a compound? Give reason.

Gold is not a compound. Since, gold has no definite composition and made up of different types of atoms. So, gold is a mixture.

Question 6: Rohan said that sugar and water are a mixture while Ria says it is a compound. Who among the both is correct? Justify your answer.

Rohan is correct as sugar and water mix together to form a mixture. They do not undergo any chemical reaction. The sugar just dissolves in the water and both of them can be physically separated using physical methods like evaporation.

Question 7: What do you mean by constituents of a mixture?

The substances that are mixed together to form a mixture are called its constituents. Example: Sugar and water are the constituents of sugar solution.

Question 8: How mixtures can be separated into its constituents?

Mixture can be separated by into its components using various physical methods of Separation of Mixtures like Filtration, Hand-picking, Threshing, Winnowing, Sieving, Sedimentation and decantation, Magnetic separation, Centrifugation, Evaporation, Distillation. 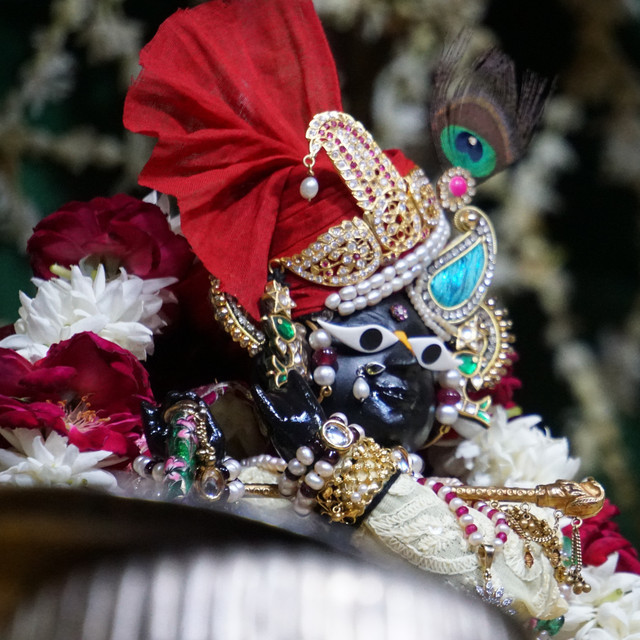