Difference between Compiled and Interpreted Language

Compiled Language:
A compiled language is a programming language which are generally compiled and not interpreted. It is one where the program, once compiled, is expressed in the instructions of the target machine; this machine code is undecipherable by humans. Types of compiled language – C, C++, C#, CLEO, COBOL, etc. 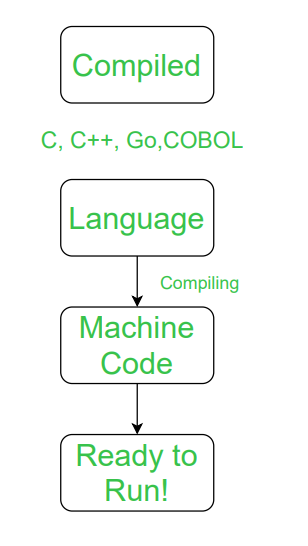 Let’s see the difference between Compiled and Interpreted Language: