Difference Between byte, short, int and long Datatype in Java

Now, in primitive datatype let’s differentiate byte, short, int, and long to get a better understanding of which is to be used as per the requirements as they possess different traits that play a vital role in the implementation part in any programming language. 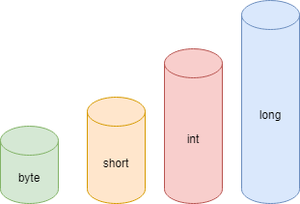 From above table it is evidently seen that-