Difference Between AppBar, ActionBar, and Toolbar in Android

AppBar is a design element in an application’s activity that has a significant role. Its appearance gives a unique identity to the application. Moreover, it displays the title of the current activity that facilitates users to know their location in the application. To give a consistent look to an application, developers use AppBar. Prior to Android 3.0(Honeycomb), the user interactive elements like any option or action are placed inside the Menu button located in the AppBar. Components included in the AppBar are:

AppBar in an application: 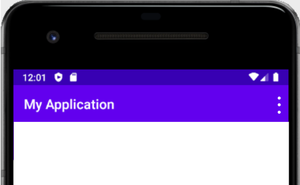 ActionBar is the element present at the top of the activity screen. It is a salient feature of an android application that has a consistent presence over all its activities. It provides a visual structure to the app and contains some of the frequently used elements for the users. Android ActionBar was launched by Google in 2013 with the release of Android 3.0(API 11). Before that, the name of this top most visual element was AppBar. All applications that use the default theme provided by the Android(Theme.AppCompat.Light.DarkActionBar), contains an ActionBar by default. However, developers can customize it in several ways depending upon their needs. Components that can be included in the ActionBar are:

ActionBar in an application: 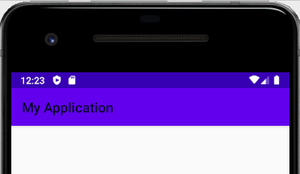 The Toolbar is a kind of ViewGroup that can be placed in the XML layouts of an activity. It was introduced by the Google Android team during the release of Android Lollipop(API 21). The Toolbar is basically the advanced successor of the ActionBar. It is much more flexible and customizable in terms of appearance and functionality. Unlike ActionBar, its position is not hardcoded i.e., not at the top of an activity. Developers can place it anywhere in the activity according to the need just like any other View in android. Toolbar use material design theme features of Android and thus it provides backward compatibility up to API 7(Android 2.1). Features supported by the Toolbar are much more focused and customizable than the ActionBar. Following are the components that can be added to a Toolbar:

Both ActionBar(at the top) and Toolbar in an application: 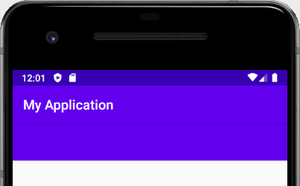