Difference between Agreement and Contract

An Agreement can be defined as an acceptance of an offer given by one party to another. Every promise and set of promises that form any type of consideration for all the parties involved is called an agreement. Here, promise refers to the acceptance of an offer or proposal. The agreement comes into existence when an individual or an entity makes an offer or proposal to a second individual or entity, and the latter accepts that offer with all the required conditions.

Section 2(e) of the Indian Contract Act, 1872 defines an agreement as, “Every promise and every set of promises, forming the consideration for each other, is an agreement.”

The two main features of an agreement are:

Example: Bijay offers to sell his Car to Kashish for ₹ 2,00,000. So, when Kashish accepts the offer, it becomes an agreement.

A Contract can be defined as an agreement that is enforced by law involving at least two parties, as such one party is entitled with some right and the other with some obligation.  An agreement is said to be a contract when it is abided by the law. It means that legal obligations must be led by a contract.

Section 2(h) of the Indian Contract Act, 1872 defines a contract as, “an agreement enforceable through the law.”

The two main features of a contract are: 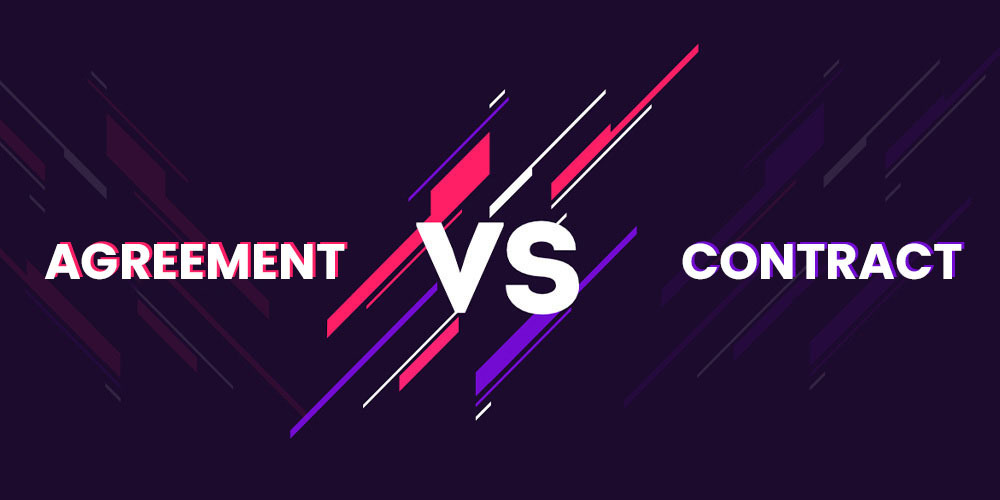 Difference between Agreement and Contract