Finite Automata is known as a finite state machine that are acceptable otherwise not acceptable. on the input alphabet ‘0’ and 1′.

Designing DFA step by step :
Step-1:
Make initial state “A” then it is the possibility that there would not be any ‘0’ but have only ‘1’ in the string which is acceptable because 0 is divisible by 3.So, in this case, any number of 1’s can be present here and for this put self-loop of ‘1’ on initial state “A”. 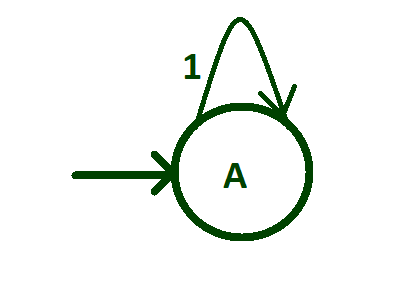 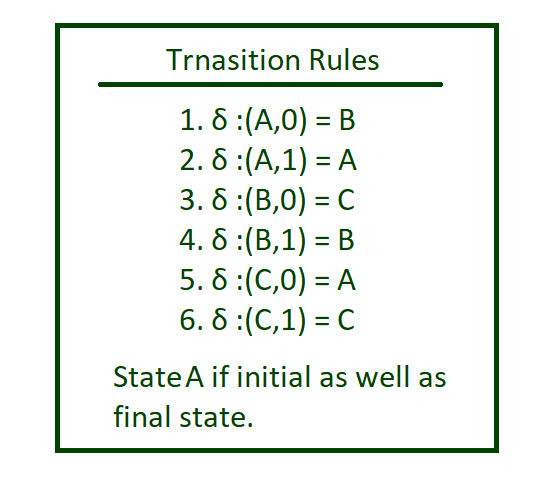 Previous
Polytime Manyone reduction: Clique to E-TM
Next
Introduction to Queue Automata
Related Articles
1. Design DFA in LEX Code that accepts the string having even binary number over input alphabet {0,1}
2. Implementing DFA for no runs of length less than 4 for input (a,b)
3. DFA in LEX code which accepts even number of zeros and even number of ones
4. DFA machines accepting odd number of 0’s or/and even number of 1’s
5. Program to construct DFA accepting odd number of 0s and odd number of 1s
6. Short trick to find number of states in DFA that accepts set of all binary numbers which are mod by n
7. Construct DFA which interpreted as binary number is divisible by 2, 3, 4
8. Minimization of DFA
9. DFA for accepting the language L = { anbm | n+m=even }
10. Program to Implement NFA with epsilon move to DFA Conversion
Article Contributed By :