All those strings that are not fall in the above mentioned pattern are not accepted.
Deterministic finite automata (DFA) of strings that not contain consecutive two a’s given as following below. The initial and starting state in this dfa is q0. 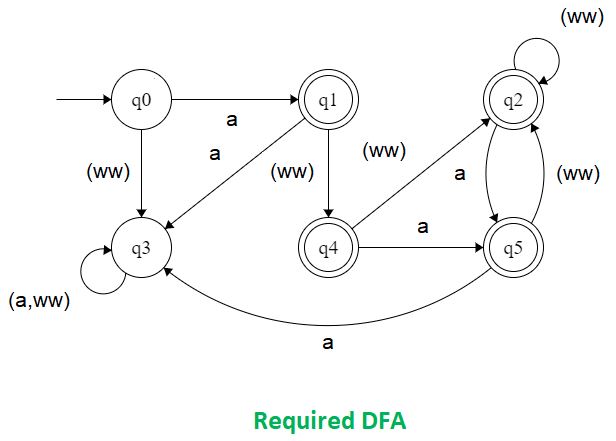 Approach used:
In this program, consider the 6 states to be 0, 1, 2, 3, 4 and 5. Now let us take a variable named DFA which will be initially 0. Whenever any transition takes place, it will update the value of DFA with the number associated with new state.

The time complexity of this program is O(n)

Auxiliary space: O(n) because it is using constant space for variables