Deterministic Finite Automata (DFA) is defined as an abstract mathematical concept which is used to solve various specific problems in different software and hardware.In this type of problems we have some given parameters according to which we should design DFA. 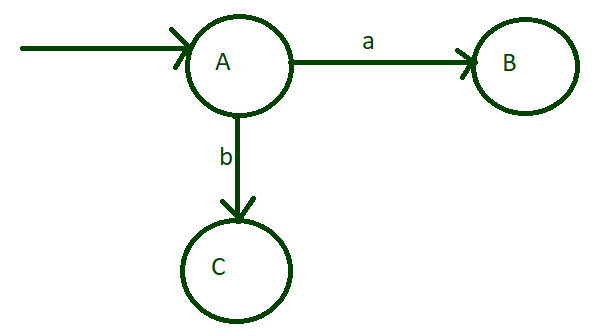 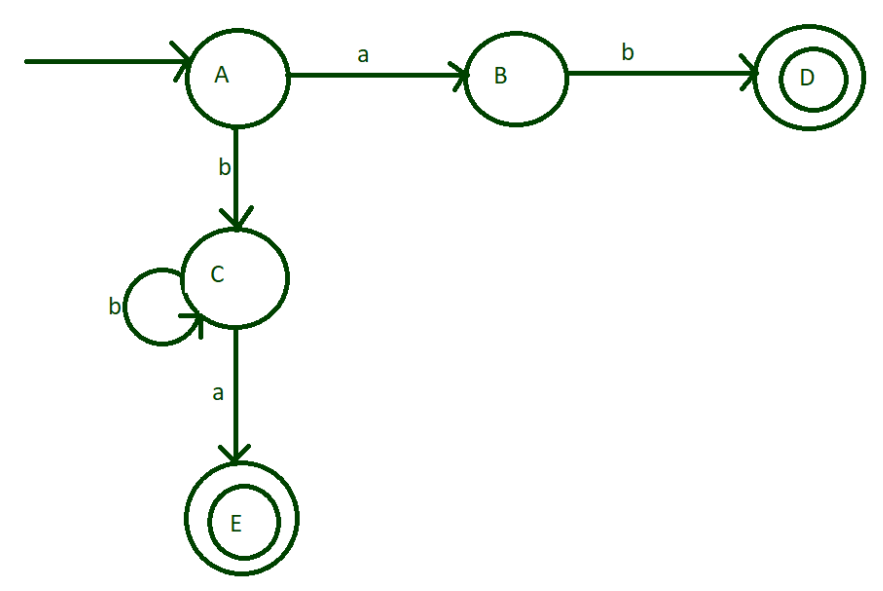 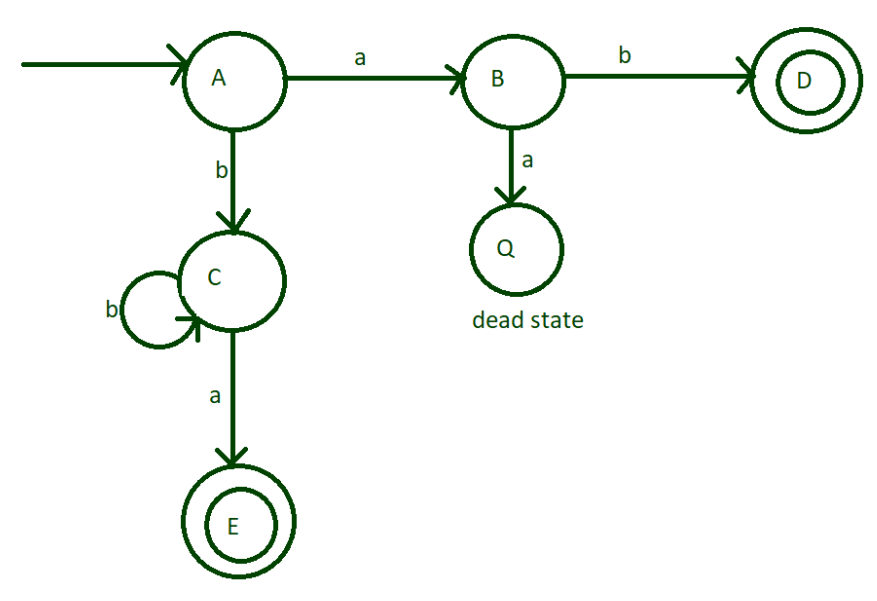 Step-5:
Till now, our machine accepts string which are end from ‘a’ and ‘ab’.But what about if ‘a’ comes in middle such as bab,babb,bbab etc and what if there are many ‘b’ in the end.To do that give self loop of ‘b’ to both final state and send their ‘a’ to dead state. 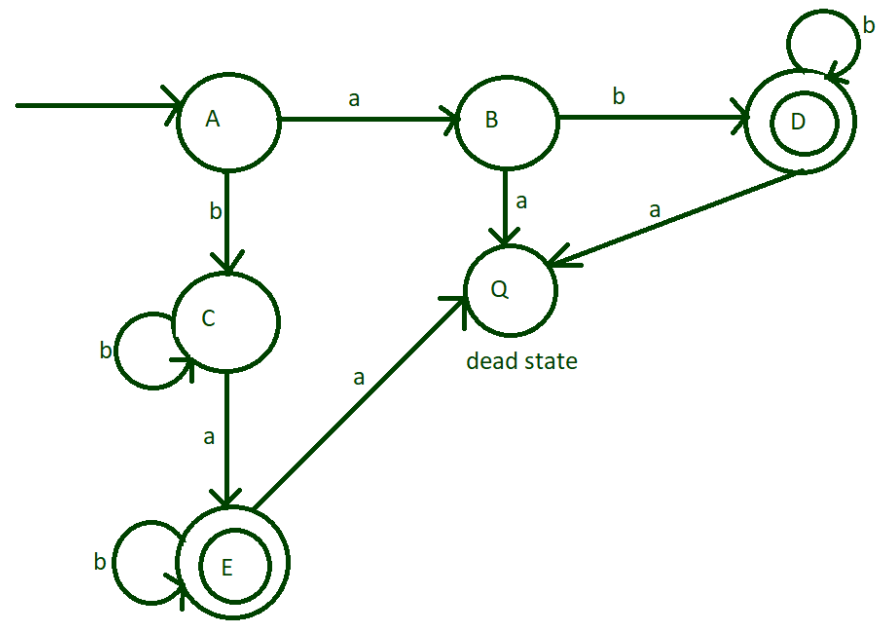 Previous
Difference between SHA1 and SHA2
Next
Difference between Thread Context Switch and Process Context Switch
Related Articles
1. DFA of a string with at least two 0’s and at least two 1’s
2. Construct DFA with Σ = {0, 1} and Accept All String of Length at Least 2
3. DFA in LEX code which accepts even number of zeros and even number of ones
4. DFA machines accepting odd number of 0’s or/and even number of 1’s
5. Construct a DFA which accept the language L = {w | w ∈ {a,b}* and Na(w) mod 3 = Nb (w) mod 3}
6. Design a DFA that accepts a string containing 3 a's and 3 b's
7. DFA of alternate 0's and 1's
8. Program to construct DFA accepting odd number of 0s and odd number of 1s
9. Difference between DFA and NFA
10. Build a DFA to accept a binary string containing "01" i times and "1" 2j times
Article Contributed By :