A device driver communicates with the computer hardware by computer subsystem or computer bus connected to the hardware.

Device Drivers are very essential for a computer system to work properly because without a device driver the particular hardware fails to work accordingly means it fails in doing a particular function/action for which it has been created.

In a very common way most term it as only a Driver also when someone says Hardware Driver that also refers to this Device Driver. 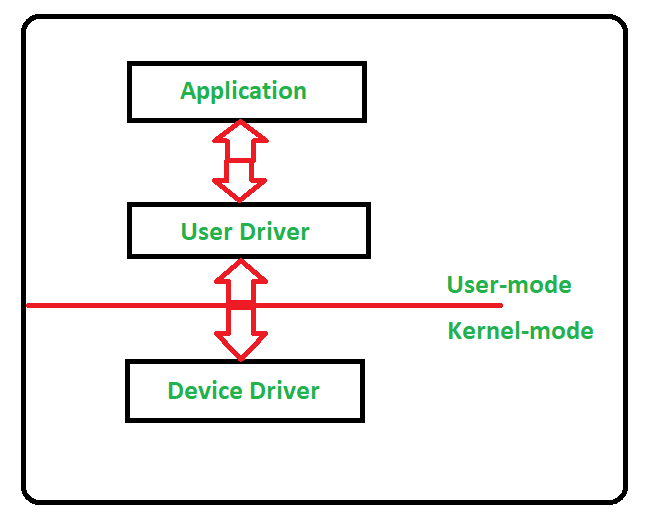 Device Drivers depend upon the Operating System’s instruction to access the device and perform any particular action. After the action, they also show their reactions by delivering output or status/message from the hardware device to the Operating system.For Example, a printer driver tells the printer in which format to print after getting instruction from OS, similarly, A sound card driver is there due to which 1’s and 0’s data of the MP3 file is converted to audio signals and you enjoy the music. Card reader, controller, modem, network card, sound card, printer, video card, USB devices, RAM, Speakers, etc need Device Drivers to operate.

The following figure illustrates the interaction between the user, OS, Device driver, and the devices: 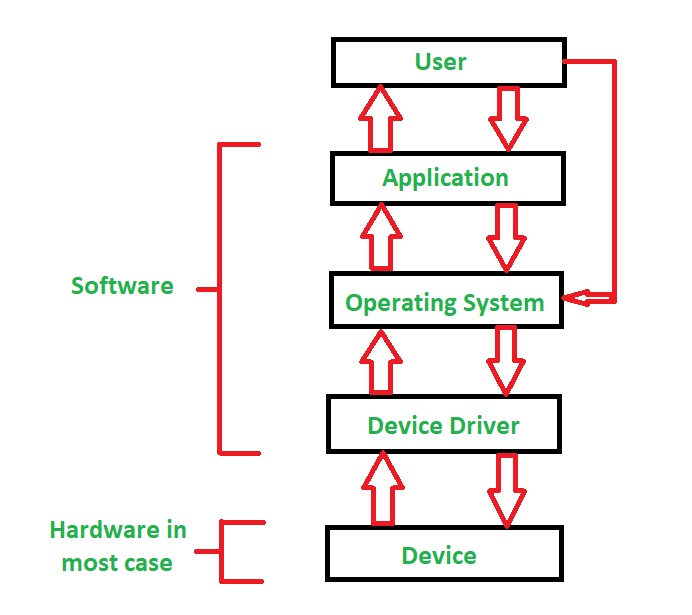 For almost every device associated with the computer system there exist a Device Driver for the particular hardware. But it can be broadly classified into two types i.e.,