Countable Set is a set having cardinality same as that of some subset of N the set of natural numbers . A countable set is the one which is listable. 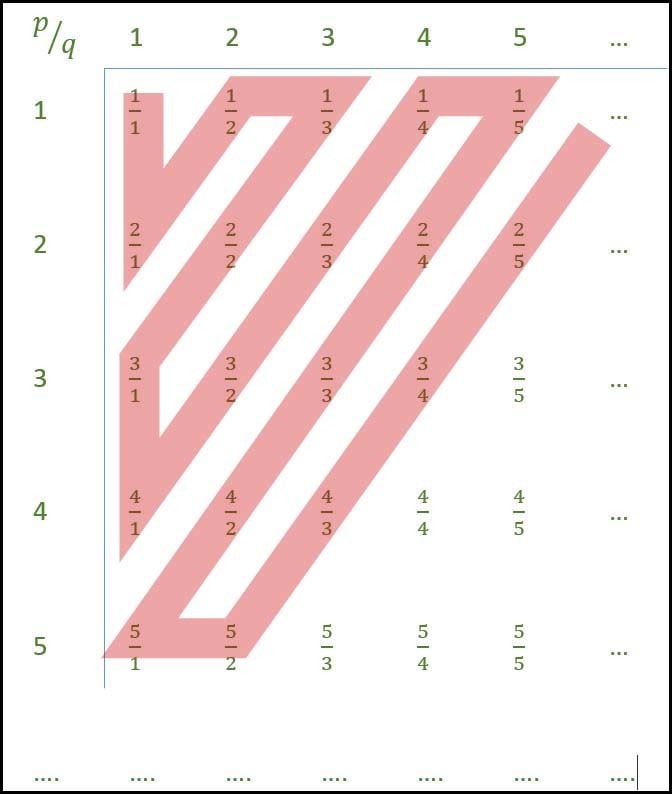 Uncountable Sets:
A set such that its elements cannot be listed, or to put intuitively, there exists no sequence which can list every element of the set atleast once.

Example-1:
Let N be the set of natural numbers. Consider the following sets,

My Personal Notes arrow_drop_up
Previous
Difference between Iterators and Pointers in C/C++ with Examples
Next
Capacitive Touch Technology
Recommended Articles
Page :
Recursive and Recursive Enumerable Languages in TOC
08, Apr 16
Turing Machine in TOC
04, May 16
Decidability and Undecidability in TOC
10, May 16
Mealy and Moore Machines in TOC
05, Jun 16
Undecidability and Reducibility in TOC
09, Jun 16
Operator grammar and precedence parser in TOC
03, May 18
L-graphs and what they represent in TOC
23, Jul 18
Hypothesis (language regularity) and algorithm (L-graph to NFA) in TOC
23, Jul 18
Computable and non-computable problems in TOC
17, Aug 18
Kleene's Theorem in TOC | Part-1
25, Jan 19
Decidability, Semi-Decidability, and Undecidability in TOC
01, Apr 21
Closure properties Table in TOC
01, Jul 21
Article Contributed By :