Detail View refers to a view (logic) to display a particular instance of a table from the database with all the necessary details. It is used to display multiple types of data on a single page or view, for example, profile of a user. Django provides extra-ordinary support for Detail Views but let’s check how it is done manually through a function-based view. This article revolves around Detail View which involves concepts such as Django Forms, Django Models.
For Detail View, we need a project with some models and multiple instances which will be displayed.

For detail_view one would need some identification to get a particular instance of the model. Usually it is unique primary key such as id. To specify this identification we need to define it in urls.py. Go to geeks/urls.py,

Create a template in templates/Detail_view.html, 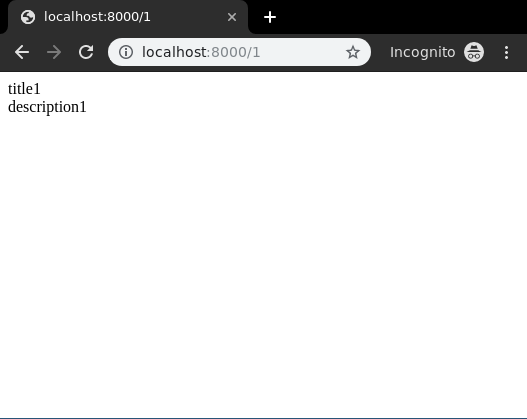 Bingo..!! Detail view is working fine. One can also display selected fields according to type of usage required in multiple forms. Often it is not the id which is used to define the detail view it is the slug. To know more about slug and SlugField visit – Add the slug field inside Django Model