In this article, we will see some popular regular expressions and how we can convert them to finite automata. 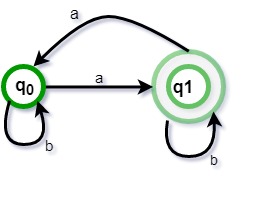